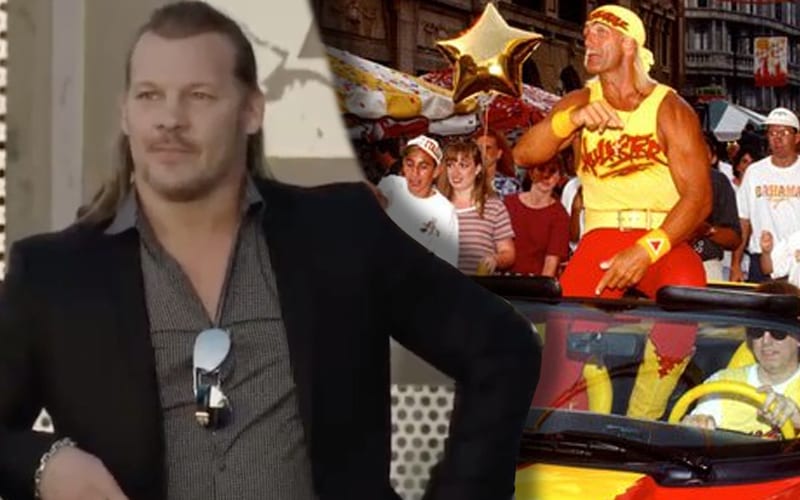 Chris Jericho was the big surprise at the end of AEW’s first Jacksonville rally. When Y2J announced that he was AEW it shook up the pro wrestling world. Eric Bischoff saw that big power play and it reminded him of something he pulled himself over twenty years prior.

Bischoff and Tony Khan had a chance to chat during the AEW Road To Fight For The Fallen preshow. The two talked about way more than just the upcoming AEW special event as well.

The former president of WCW discussed how AEW had advantages signing Chris Jericho over WCW when they brought in Hulk Hogan. The two companies entered their deals with a much different mindset about how many times a top star will appear for the company.

“One of the advantages you have with Chris over what we had with Hulk, when we signed Hulk in 1994, his contract was so limited with us intentionally. Because — you know, Hulk felt, and we agreed that too much of Hulk Hogan would lose its impact and effect over the long term. So, the first agreement we entered into, Hulk only owed us four pay-per-view dates a year and and I think 3 or 4 TVs leading into each pay-per-view. So, probably 16 TVs and 4 pay-per-views a year.”

“Whereas with Chris, you know, he’s working full-time and that’s a big advantage — because you could build story around that. It’s no longer just an attraction that you have to restart a whole new story and reintroduce the attraction every single time like it’s the first time. Here with Chris, you can enter into a long-term story in a program and that’s a big advantage.”

Chris Jericho appears on Dynamite practically every week to maintain a presence on the show. He even sat in and did hours of commentary while they were at QT Marshall’s gym. Odds are Hulk Hogan wouldn’t have done that for WCW.

There are many ways to compare AEW and WCW. Tony Khan himself credits WCW for AEW’s existence. There are still plenty of differences to distinguish All Elite Wrestling as its own unique pro wrestling story.