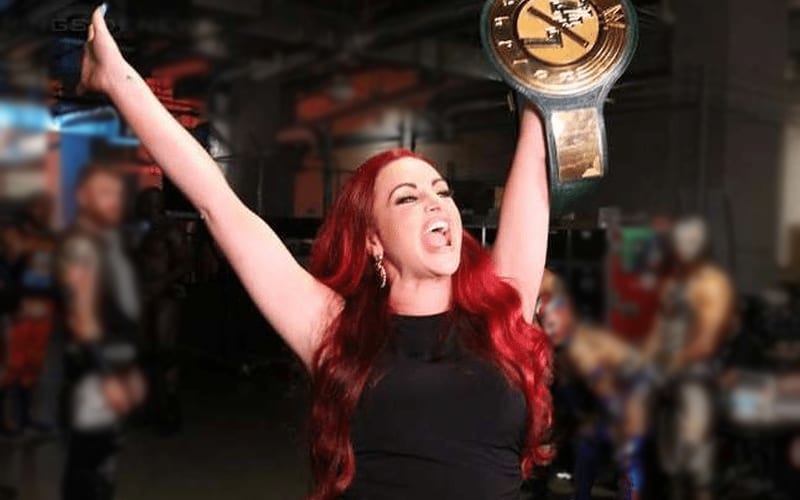 Maria Kanellis was the first-ever pregnant champion in WWE history. She rubbed that fact in everyone’s faces the most she could, but her title reign didn’t last as long as she would have liked.

Kanellis opened her Twitter up for a Q&A and she was asked what was the worst angle WWE booked her in. Her answer took care of a question about the best angle as well because she revealed it was her WWE 24/7 Title reign.

Later on, Kanellis was asked what she believes her biggest missed opportunity was in WWE. Her answer to this question also dealt with the WWE 24/7 Title.

The first pregnant champ. I would have kept that title on me until I gave birth.

Maria Kanellis is the only pregnant champion in WWE history and that’s not likely to change. WWE could always book a pregnant woman to come in and win a title just to spite Maria. We’ll have to see if they want to go through the effort to make that happen.

Kanellis could show up elsewhere very soon. Her non-compete clause expires this week along with her husband Mike Bennett and every other Superstar who was released on April 15th.