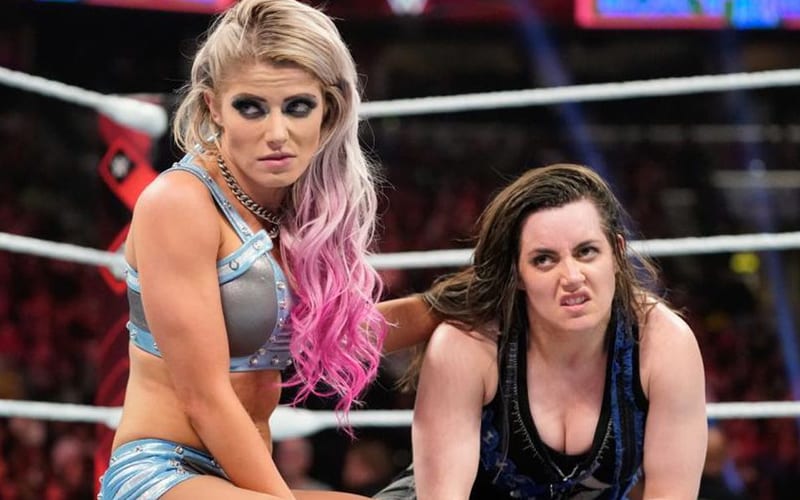 Alexa Bliss and Nikki Cross struck an unlikely partnership in front of the camera in WWE. They also bonded behind the scenes and became friends. Their team was separated for a bit, but re-formed because WWE likes them as a tandem.

Nikki Cross is set to battle Bayley this Sunday during the Horror Show at Extreme Rules. She has a lot of aspirations as a singles star, but she isn’t too quick to break up her union with Little Miss Bliss just yet.

While speaking with Metro, Nikki Cross stated that she is against the idea of breaking up her tag team with Alexa Bliss. They still have a lot of very exciting stories to tell within WWE before their time is over.

‘I think it’s more exciting for fans to see the different layers of the friendship. We’re very different personalities, but we have a lot of similarities too and we’ve fought a lot of the same battles on a personal level. We get each other and we support each other, and we uplift each other. She’s been such a good support system for me moving to Raw and SmackDown from NXT. For me, my interest is telling that story.’

Bayley is the odds-on favorite to win during the Horror Show at Extreme Rules. This could set Nikki Cross up for even more tag team action along the way.

Bliss Cross Applesauce could also find themselves chasing the WWE Women’s Tag Team Titles once again. That could put them in another match against Bayley and Sasha Banks showing those four could be destined to battle for a long time to come.