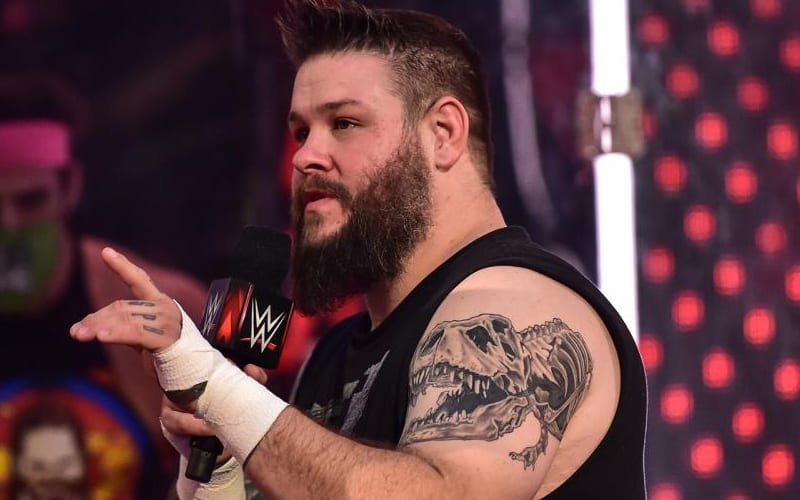 Kevin Owens is set for a big push on the red brand, but there was a time when he wanted to make his return to NXT. They allowed him to work the WarGames match as a surprise entrant, but that return to the black and gold brand was short-lived.

Owens recently spoke to CBS Sports where he revealed that conversations with Triple H and Vince McMahon took place about going back to NXT. He didn’t know if it would have been a short-term or long-term return, but it was talked about.

Owens stated that he would have loved to have been a part of making people aware of NXT as a brand. Now that they are on USA Network every Wednesday night they have a larger chance to gain a following.

“For a while there, it looked like I was going to head back to NXT. I had even discussed it with Vince McMahon and stuff like that. I was excited about it, I don’t know if it would have been a long or short term thing. I’ve been vocal about wanting to go back there because I’d love to help make it grow even more and help make it as big as it can get and make it so we have three brands people know about. I would love for people to be just as aware of NXT as they are about Raw and SmackDown. I would have loved to be a part of that, but some decisions were made that I had to stay put on Raw and SmackDown. That’s fine, but I would love the chance to go back.”

“I talk to Triple H pretty regularly and we bring it up once in a while. It’s just about timing. There’s a lot of opportunities. The landscape of WWE is changing quite a bit through this situation and I think it’s going to keep evolving. The ideal scenario for me would be for NXT to be viewed as a third brand, and if it’s not already, it’s pretty close. I’d love to be a part of anything. I love to contribute to SmackDown, to Raw, to NXT. I just want to go where I’m needed and try to make a difference.”

Kevin Owens is likely not leaving the main roster anytime soon. The COVID-19 pandemic caused a greater need for bigger names. This is one of the primary reasons why Vince McMahon enacted a mask mandate and fining system backstage. Owens said he was going home if WWE didn’t fix their social distancing issues.