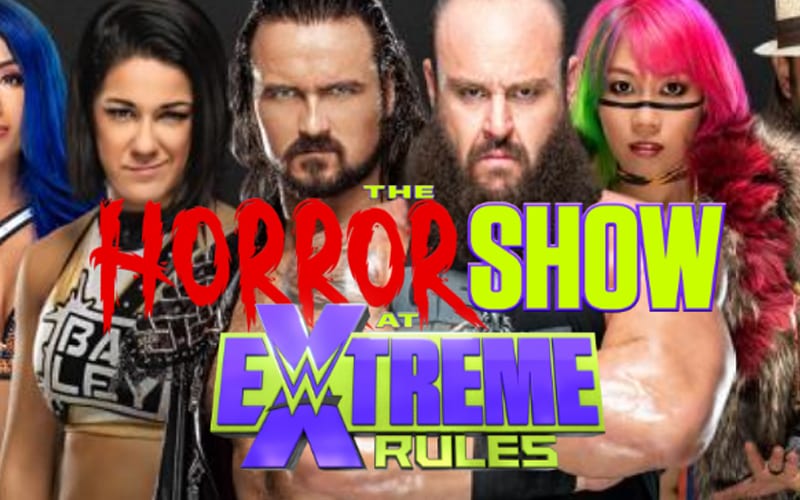 WWE’s next pay-per-view is just over one week away. The Horror Show at Extreme Rules will be a very interesting show, but it might not include all the matches fans think it will.

WWE words things very carefully. If you don’t hear them actually say something, then it’s not happening. A lot of fans assumed that Jeff Hardy vs Sheamus is happening at Extreme Rules. That might be the case, but it hasn’t been confirmed yet.

The company sent out social media posts hyping Hardy vs Sheamus in a bar fight, but they never confirmed when and where the fight will happen. They just said the challenge has been accepted.

Sheamus wasn’t actually present at the WWE tapings. Perhaps his absence plays into why the Celtic Warrior’s match wasn’t made 100% confirmed during Friday Night SmackDown.

It very well might be WWE’s intention to book the Bar Fight match on July 19th, but it has yet to be officially announced by the company.

Jeff Hardy agreed to a Bar Fight against Sheamus, and the match was on. No time or location was announced.