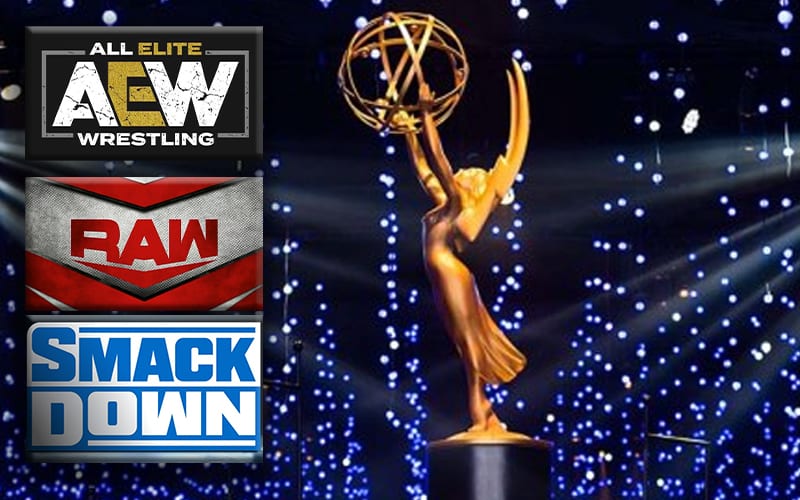 Pro wrestling is experiencing a new life on television despite dwindling ratings. There has never been so much content available for fans. This could translate into an award.

WWE has long lobbied for an Emmy Award, but they haven’t been able to pull down a victory. AEW is brand new onto the scene, but they are already up for consideration.

The Wrestling Observer Newsletter noted that one of their readers is an Emmy Voter. They sent word that WWE and AEW programming are all up for consideration in the Outstanding Structured Reality Program category.

Raw, Smackdown and Dynamite were all up for nomination this year in the “Outstanding Structured Reality Program” category.

This doesn’t mean they made the final cut, but they are in the running. Raw listed their description as delivering “live, edge-of-your-seat action, larger-than-life characters and unpredictable drama for three hours every Monday night.” SmackDown boasted its 20-year history and more than 1,000 episodes.