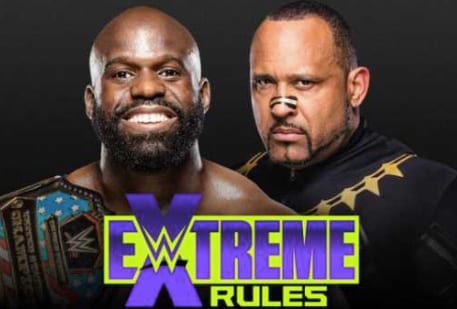 As seen on Sky Bet, the betting odds for Apollo Crews vs MVP at WWE Extreme Rules have been released.

MVP has been on quite the career resurgence with WWE across the last few months, to the point where he has become one of the most prominent figures on WWE programming in 2020.

Now, after failing to convert Crews to his new faction, he’s setting his sights on claiming the United States Championship at Extreme Rules.

In terms of the odds, Crews is the strong 2/9 favorite to retain the title – whereas MVP is the clear outsider with odds of 3/1.

It may not be a technical masterpiece that we see when these two go head to head next weekend, but you can bet we’re going to get an interesting story out of it.

It’s also pretty safe to assume that Lashley will play some kind of role, but we’ll have to wait and see.