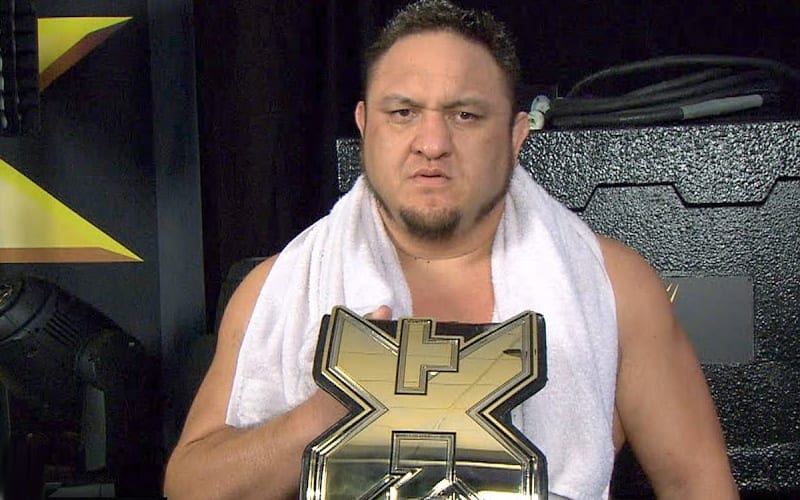 Keith Lee became the 17th NXT Champion in WWE History at the Great American Bash. He also became the first to carry both the NXT and North American Titles. WWE put out a graphic featuring previous NXT champions, but Samoa Joe had an interesting way of looking at how he was included.

WWE put a golden glow around every champion on the list except for Samoa Joe. When one fan called Joe’s attention to this mistake, Samoa Joe had a very good explanation for them.

They tried to paint me yellow, but I ain’t never been scared.

Samoa Joe held the NXT Title for 134 days with two runs as Champion. His name is among a lot of others who went on to achieve greatness on the WWE main roster. A couple others didn’t do as well once Vince McMahon had them on his roster every week.

It’s nice to know that Samoa Joe didn’t read too much into the fact that he was missing that golden glow. If anything, he came up with a better reason why he doesn’t need one.