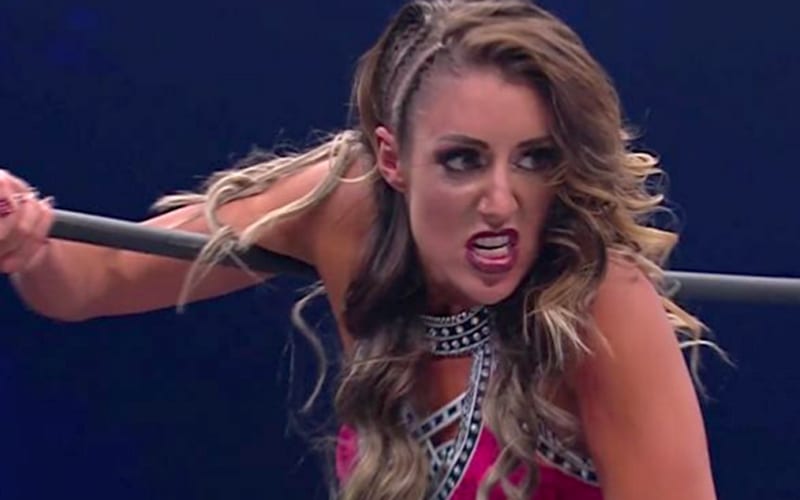 Britt Baker had to watch her boyfriend Adam Cole lose the NXT Title at WWE NXT Great American Bash. She also has her own problems dealing with Big Swole. Brandi Rhodes took this chance to throw a little shade at AEW’s resident dentist.

Baker tweeted out that it was a “bad night for this house.” They experienced a broken nose and a broken heart. Then Brandi Rhodes tweeted back at Baker saying she can use that busted nose to get more work done.

Aww Britt that’s okay! It’s just another excuse to put more plastic in your face…always seems to cheer ya up

Baker has yet to respond to Brandi Rhodes. She might want to choose her words wisely when firing back at the AEW Chief Brand Officer.

We’ll have to see how long it takes for Britt Baker to make her return to the ring. She is still on Dynamite every week which is a good sign. She previously stated her goal is to wrestle again at All Out.