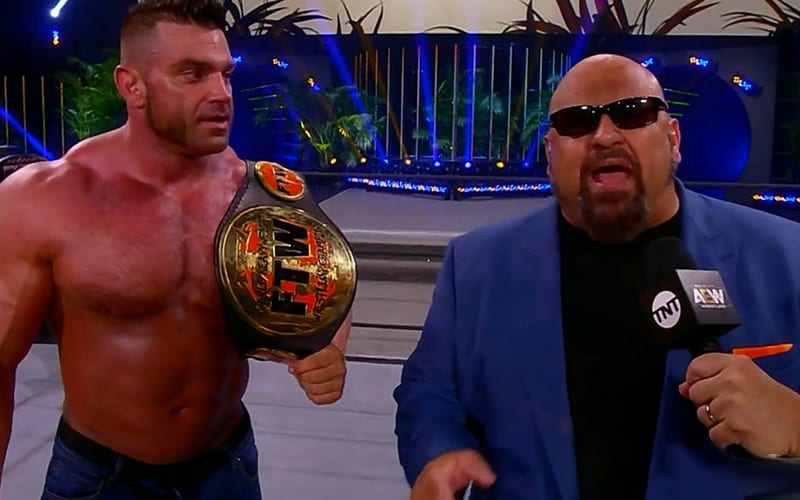 Taz had a big announcement at Fyter Fest. He brought out the FTW World Title and crowned Brian Cage as the new champion. This was a pretty big moment for AEW, but some fans were left wondering how this could happen.

It was stated by Taz at Fyter Fest that no pro wrestling company ever recognized the title. This is true. It was never owned by ECW which means that WWE doesn’t own it either.

PW Insider reports that the belt was owned by Taz after he had it made in 1998. He used it in an ECW storyline, but the belt is his to do with as he pleases.

Taz actually holds the copyright on the actual design of the belt, which allows him to do whatever he wishes with the design and the FTW intellectual property within professional wrestling.  If he ever wanted to merchandise the belt, such a replicas, t-shirts, etc. Taz would be well within his rights to do so.

Did you like the idea of Taz introducing the FTW Title to AEW? Sound of in the comments below!