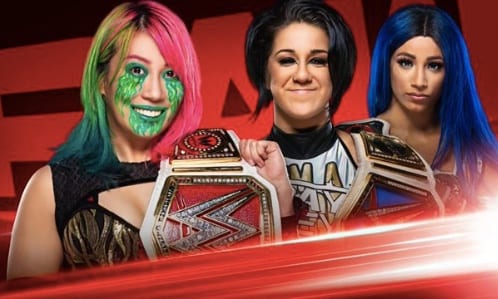 Prior to Sasha Banks challenging for Asuka’s RAW Women’s Championship at Extreme Rules, the Empress of Tomorrow will have to go face to face with her best friend Bayley on Monday Night RAW.

The two champions have been doing some great work over the course of the last few months, with many fans believing it was only a matter of time before they met again.

On WWE’s Twitter account, the WWE Universe made it crystal clear who they believe is going to come out on top.

As of this writing, with more than 36,500 votes registered, Asuka has 68.1% of the vote whereas Bayley is considered to be a pretty significant underdog at 31.9%.

A non-finish wouldn’t be all too surprising given the fact that both women want to be kept looking strong, but either way, the expectation is that we’re going to get a fun showdown at the Performance Center this evening.