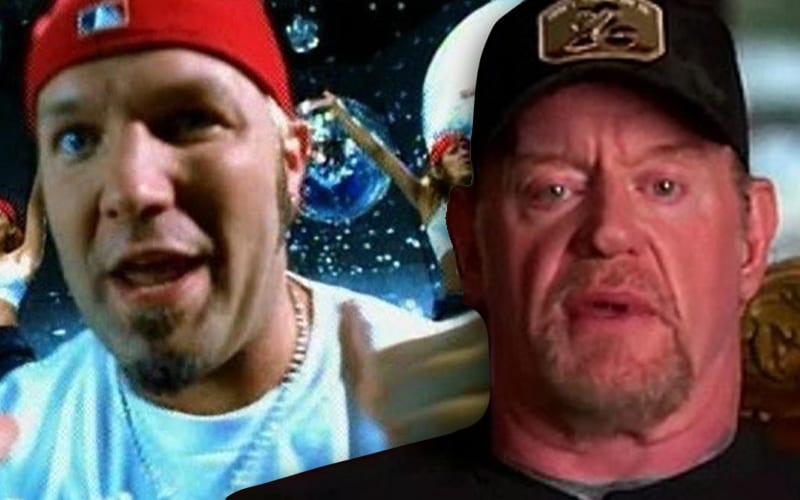 The Undertaker’s WWE entrance music changed a few times over the years. Limp Bizkit’s “Rollin” led The American Badass to the ring. That still marks some fans’ favorite incarnation of The Phenom.

Limp Bizkit frontman Fred Dust loved WWE so much that he made it a part of his deal with WWE’s video games that he needed to be a playable character in order for them to use his song. That’s a true story.

While speaking to Loudwire, The Undertaker discussed how cool it was to have Limp Bizkit play him to the ring at WrestleMania 19. That was the high energy start he needed to kick things off on the right foot.

“‘Rollin’ and being on the bike all tied in together. Again, another high-energy song, a song that a lot of people recognized and identified with. A wrestling match, in my eyes, doesn’t start at the bell. It starts when the music plays. As soon as that music kicks in, your match has started. It sets the tone for the entire match. It was a such a high-energy, fun song and still kind of badass and got people going, got them excited. The lyrics, obviously, weren’t quite the same, but the energy level was still where we wanted it to be.”

“It was really cool in Seattle at WrestleMania when Limp Bizkit played me in. Came in, American flag off the back of my bike… one of my favorite entrances, actually.”

The Undertaker recently stated that he feels WWE cut The American Badass character off too soon. He still had mileage to go with the persona, but WWE obviously had other plans.

That character certainly created a WrestleMania entrance that fans will never forget. You can check out a video below showing how it all went down.