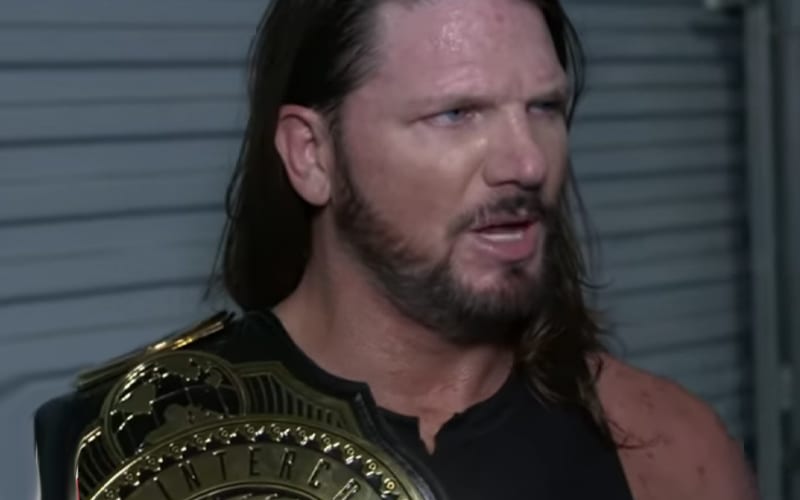 The Phenomenal One then went on to reveal that he never plans on dropping the IC Title until the day he retires.

“Never a doubt. You see, that last match I had with Gulak, it was a fluke. Everybody knows that! Everybody. If I do what I do best — and that’s get in that ring and perform — I cannot be beat. You see, that’s the thing. I think most of these guys are jealous because I’m going to have this championship for as long as I want. And I plan having it, oh I don’t know. Until I retire, maybe? I don’t know. Maybe. I could. You know why? Do you know why? C’mon, everyone knows why. Everybody knows why. I’m not even going to say it. I’m not going to say it. I’m just going to leave it at that. It’s because I’m phenomenal. That’s why, idiot.”

AJ Styles seemed pretty set in his ways there. Once he puts his mind to something it’s hard to convince him otherwise.

Let’s see how determined he is to hang onto the WWE IC Title. Things could get very difficult for him eventually, especially if Vince McMahon tells him it’s time to hand the title over to someone else.