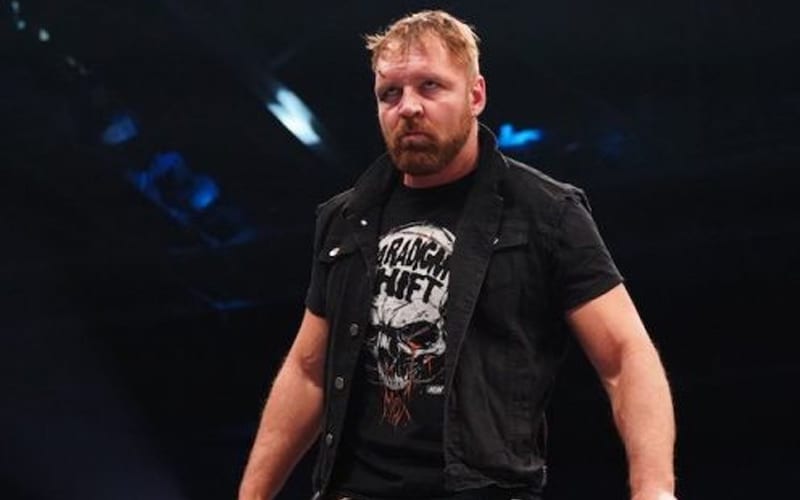 Jon Moxley’s match at Fyter Fest isn’t happening. His AEW World Title match against Brian Cage will take place at Fight For The Fallen on July 15th. Moxley is not positive for COVID-19, but he stayed home for safety’s sake.

Moxley made a decision not to risk the trip to Fyter Fest. This puts next week’s Fyter Fest show at a disadvantage, but they are not going to risk bringing COVID-19 into Daily’s Place.

Dave Meltzer explained on Wrestling Observer Radio (transcribed by Ringside News) that AEW actually got word from Moxley that he wasn’t going to attend the show prior to receiving the results of his second coronavirus test. Taz said it was negative, but Mox didn’t risk it.

“The 15th is a live show and Moxley — cross your fingers that everything goes well — he should be fine by July 15th. He’s gonna take three tests. I don’t know the day he’s taking a third, but it’s probably in the next day or two. He passed his first test which we knew about. He had his second test over the weekend and he would have gotten his test on either [Tuesday or Wednesday], but he had already pulled out of the show even before he got the test results.”

It was noted that Taz’s promo dragging Moxley for missing Fyter Fest was based in reality. Moxley really didn’t want to put the AEW roster at risk so he decided to stay home.

Moxley’s wife Renee Young is doing much better after revealing her positive test for COVID-19. She even announced a cookbook is coming. Hopefully, Moxley can remain negative of COVID-19 and Fight For The Fallen can keep its main event.

Thanks to Wrestling Observer Radio — All transcriptions by Ringside News