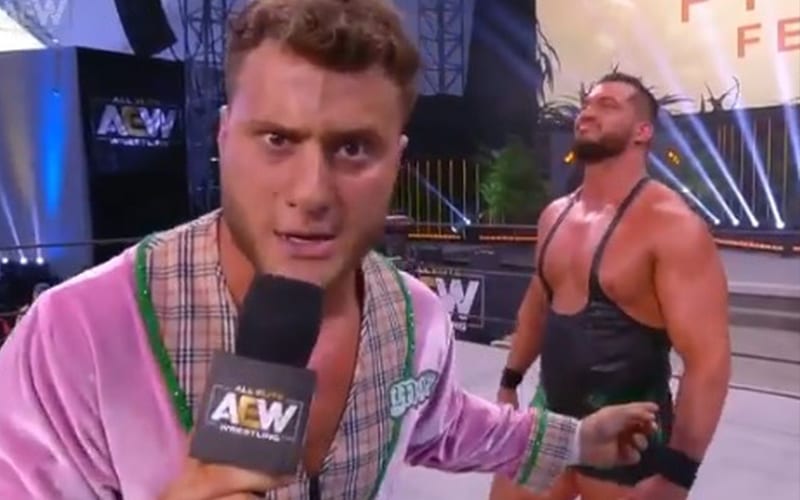 MJF is very proud of his record in AEW. If you ask him that loss at Fyter Fest didn’t count.

The Jurassic Express were able to hand MJF a loss in AEW, but he wasn’t pinned. That doesn’t count in his book as The Salt Of The Earth proclaimed that he is still undefeated.

I’ve never been pinned or submitted.

MJF is very proud of his record in AEW, but he also tries to avoid competition. That is a smart move because if you’re not wrestling then it’s much harder to rack up a loss.

The future is bright for MJF in AEW. He certainly doesn’t plan on letting a little bump in the road at Fyter Fest stop him from his mission to capture the undisputed top spot in All Elite Wrestling.