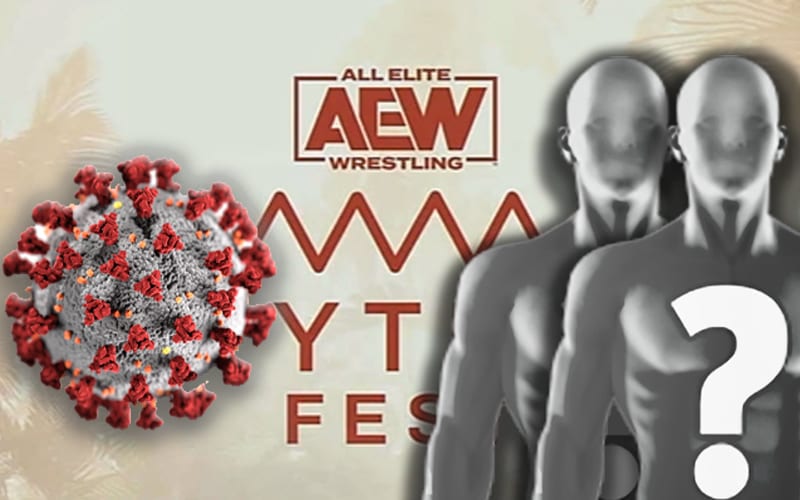 AEW allowed people in Daily’s Place who were not AEW stars this week. Someone in that crowd leaked secrets online.

In a now deleted Reddit post, a fan revealed secrets about AEW’s procedure when it comes to letting outsiders inside their tapings. This person said that they received a private invitation along with around 60 others.

It was said that anyone must wear a mask before they are allowed entry into the building. They are also kept separate from the performers in another section of Daily’s Place.

This fan revealed that anyone entering in the crowd of around 60 fans needed to answer a questionnaire. Their temperatures were also taken before they were allowed entry.

It was reported by Pro Wrestling Sheet that people invited to Fyter Fest were “local Daily’s Place or Jaguars sponsors.” They were allowed to bring “some family and friends.” They were seated in the upper bowl area away from the performers. Those people were not tested for COVID-19. They were also spaced in a manner to maintain social distancing.

When asked why the crowd wasn’t tested for COVID-19, it was said that “there’s no way anyone up there could spit on or breath on anyone inside the ringside or backstage area.”