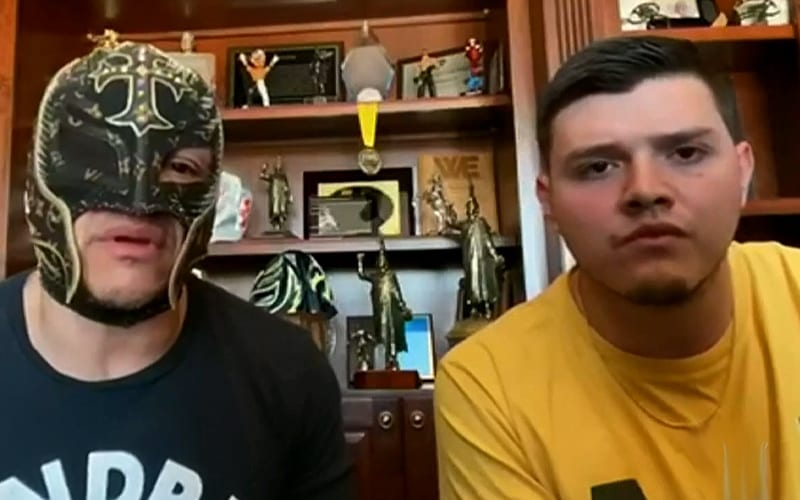 WWE ran RAW this week, but a lot of things needed to be changed around. Some Superstars were unable to attend the tapings after testing positive for COVID-19. WWE isn’t releasing that information so everyone is left to guess what is going on.

We previously reported that Liv Morgan, Lana, Natalya, and others weren’t on this week’s show. There was a reason for that, but Rey Mysterio also wasn’t in the building despite having his name advertised.

During Wrestling Observer Radio, Dave Meltzer stated that Mysterio and Dominik were supposed to be on RAW, but they filmed a segment at home. Other notable names who were missing included Austin Theory and Randy Orton.

“Rey Mysterio and Dominik were scheduled to be on the show, but they actually did a segment from home. Austin Theory was not there. Of the main characters those are the ones I noticed. No Randy Orton, obviously. I don’t know what that means. I guess in a sense he’s the biggest one. Maybe if he’s not on next week and on the next week it could tell you something. Not all of these absences are COVID-19 positives that I just named like Natalya who wasn’t, but some of them were.”

Nobody wants to bring COVID-19 home to their family. This is why Roman Reigns and Kevin Owens decided to stay home for a while. We’ll have to see how long it takes until either Superstar returns to WWE television.