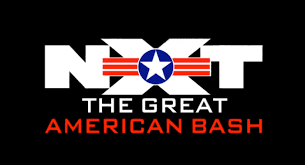 WWE is bringing back The Great American Bash for this week and next week’s episodes of NXT. The company will be recording both episodes on the same day.

On the first night, Sasha Banks will face NXT Women’s Champion Io Shirai while Dexter Lumis will go up against Roderick Strong in the first-ever Strap Match in NXT history.

Dakota Kai, Candice LeRae, Tegan Nox, and Mia Yim will fight each other to determine the #1 Contender for the NXT Women’s Championship.

On this week’s RAW, WWE announced that the show will have “limited commercials”. You can also check out the new promo for NXT Great American Bash:

Following is the complete card for Night 1 of NXT Great American Bash:

It looks like WWE is not pulling any punches as they prepare to go up against AEW’s Fyter Fest this week and the next. For the next two weeks, The Wednesday Night Ratings War will be especially interesting.

Who do you think will win the Wednesday Night Ratings War? Tell us your pick in the comments below!