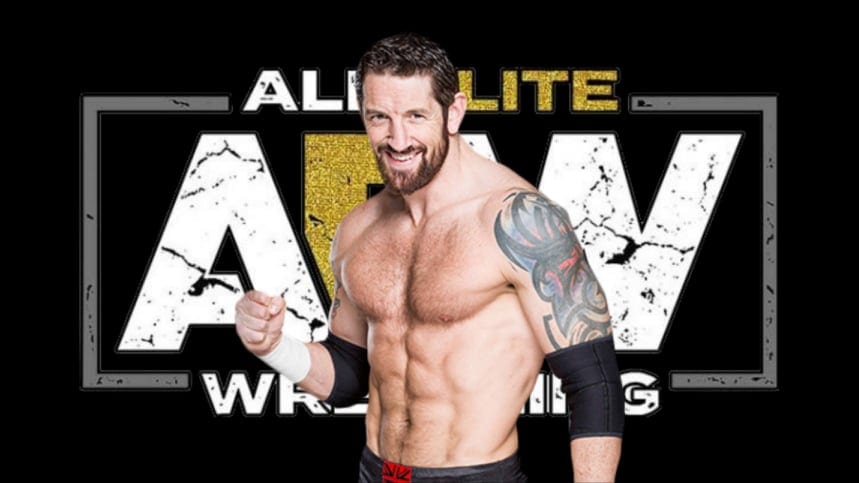 Wade Barrett is currently signed to NWA and he is happy in his role as a commentator. However, an in-ring return has not stopped being a possibility for Barrett.

Barrett was recently interviewed by ComicBookMovie for the promotion for his upcoming movie – I AM VENGEANCE. The former WWE Intercontinental Champion talked about a number of wrestling-related topics, including his frustrations with WWE Management at the end of his WWE run.

A few months ago, AEW EVP Cody Rhodes said on Twitter that by the time he retires, Barrett will be a World Champion in some capacity.

During the interview, Barrett was asked about his thoughts and if he would consider signing with AEW.

Barrett said that although it was incredibly kind of Cody to say so, a full-time wrestling schedule wouldn’t be a priority to him given that he’s nearing 40-years of age.

Part of my issue is that I’m close to 40 now. I’m 40 in two months, so the prospect of going back and working a full-time professional wrestling schedule isn’t particularly high on my agenda at the moment. That might change. It was very kind of Cody to say that, I’m still very good friends with Cody. We’ve been tight for ten plus years, and he’s done an amazing job with AEW.

Barrett said that he’s incredibly happy about the explosion of opportunities in the world of professional wrestling today. He said that the same opportunities didn’t exist when he was starting out and that the digital revolution has helped a lot in giving the smaller brands a platform.

I am really excited about the explosion in opportunities in the professional wrestling world. I work for NWA currently as a commentator, and there’s Ring of Honor which a friend of mine Marty Scurll is running the moment, obviously IMPACT has done some great stuff recently and grown from the ashes of where they were years ago, and then there’s all the Japanese stuff, and there’s some good stuff going on in the UK too. The fact is, there’s a tonne of opportunities out there now for professional wrestlers which, when I was coming through, weren’t really there. The only game in town realistically was WWE, and it was very, very difficult to see yourself working anywhere outside of that. I think the digital revolution and the opportunity for smaller brands to get big platforms now is fantastic for professional wrestlers and professional wrestling in general.

Would you like to see Wade Barrett/Stu Bennett in AEW? Tell us your thoughts in the comments below!