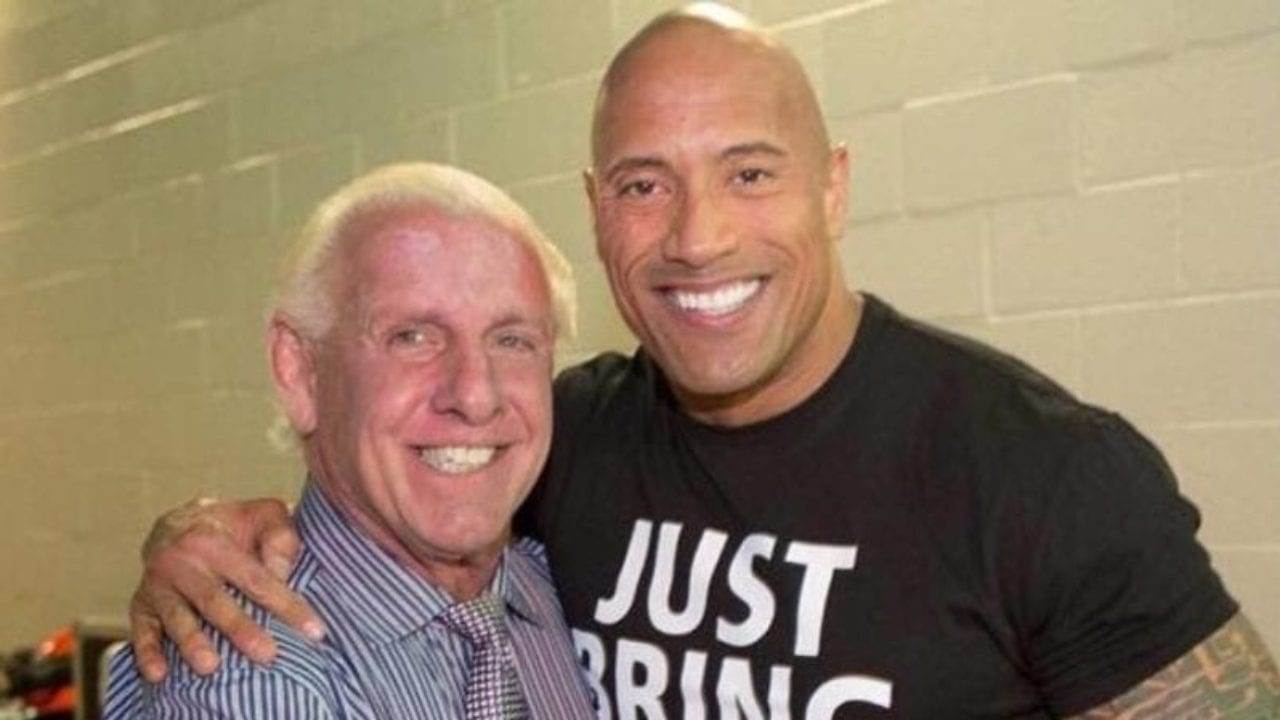 WrestleMania X8 was one for the history books. The main event featured The Rock going up against Hulk Hogan, Steve Austin faced Scott Hall and The Undertaker faced Ric Flair.

On the Wrestling Inc Daily Podcast, Ric Flair talked about a special moment he shared with the Rock backstage at WrestleMania X8. Flair said that before his match with the Undertaker, he was visited by The Great One backstage.

The Brahma Bull was concerned for Flair’s well-being because the Nature Boy was to be on the receiving end of a Superplex by the Phenom. He told Flair to be careful out there while taking the big bump.

I can remember The Rock walked over to me. He’s getting ready to go to the ring with Hogan for what was a phenomenal part of our history and he goes over to me and he said, ‘I heard you’re taking a big bump tonight. Be careful out there.’ I went, ‘Ok. Did you just say that to me? You’re in the main event.’ Like I’m going to take a Superplex but I mean, I appreciate it. It’s funny how things catch you off guard, right.

Flair was obviously taken aback by this gesture and laughed while recalling it and asked the Great One to cast him in one of his movies.

Here’s The Rock. You got 60,000 people turning away at the door and he’s going, ‘I heard you’re gonna take a big bump out there. Take it easy.’ [Laughs] Okay. Thanks Rock. Get me in one of your movies [laughs].

Stories of The Rock’s kindness aren’t rare at all. Be it Flair or Triple H or Vince McMahon himself, everyone sings the praises of Dwayne “The Rock” Johnson.