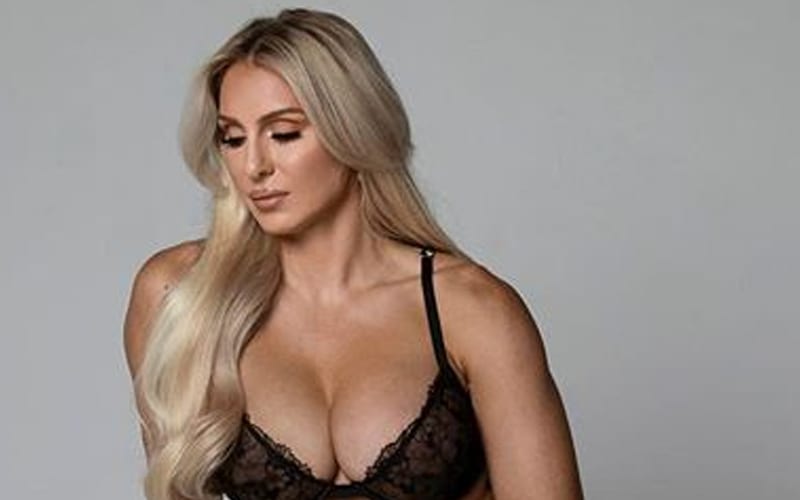 Charlotte Flair is out of action. She had an elective surgery, and it’s not exactly clear when she will be back. Flair stated that she’ll be back before we know it.

In the meantime, Charlotte Flair dropped a photo on Instagram that would make anyone stop their endless scroll. The Queen posted a photo in black lingerie. The caption for the photo was touching, and simple as well.

You’re the one designed for me

That short message was likely talking about Andrade. The two are quite inseparable outside of the ring.

Vince McMahon could have big plans for Charlotte Flair. Since Becky Lynch’s departure reports were Flair was being positioned on the top of the women’s division. This short hiatus for Flair might only be a bump in the road.