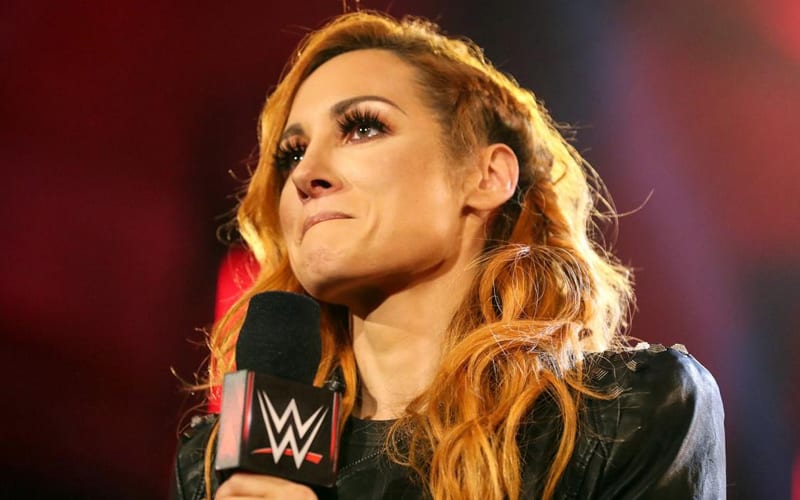 Becky Lynch hasn’t been on television since announcing her pregnancy hiatus. She will break that streak on July 1st as The Man is set to appear on CBS’ Game On.

It appears this episode was filmed pre-pandemic which means The Man was still RAW Women’s Champion at the time. Lynch joins Team Gronk against Team Venus who is bringing in Joel McHale as their guest.

WWE Champion Becky Lynch joins Team Gronk, and comedian and actor Joel McHale joins Team Venus, as they compete against each other in a game of human darts, attempt to break a world record for popping balloons and take on a sumo wrestler, on GAME ON! Wednesday at 8/7c. Only on CBS

It looks like Becky Lynch had a good time and was able to show her personality a bit. The last we saw of The Man she didn’t have red hair anymore. She’s preparing for motherhood at home and staying safe.

It’s unclear when Becky Lynch will make a return to the ring. At least fans can tune in to watch Game On! on July 1st to see her.