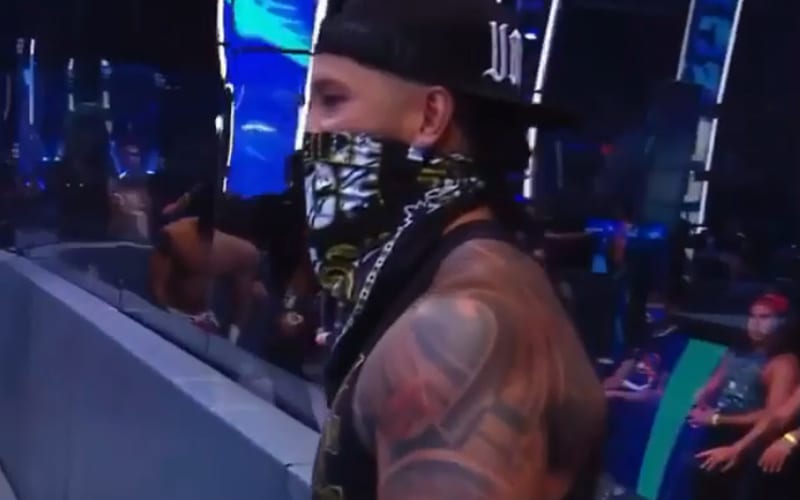 Individuals in the crowd during WWE television’s tapings had the option to wear a mask this week, but Superstars did not. Unless a mask is part of their attire, then WWE didn’t allow anyone to cover their face. Jey Uso found a clever way around that.

Uso was spotted around the ring during SmackDown. There were a lot of people in one area, but Uce thought ahead. He used the bandana around his neck to cover his face. This act was spotted on television and he grabbed a clip of himself to post in Instagram.

Jey Uso is still around even though his brother Jimmy Uso is injured. WWE needs as many people as they can get right now. They are working with a limited roster. Superstar availability might get even slimmer in the coming weeks as positive cases of COVID-19 continue to change WWE’s booking plans.

We have to give Jey Uso some credit for this one. He is obviously a fan of wearing masks, even if only a bandana can suffice.