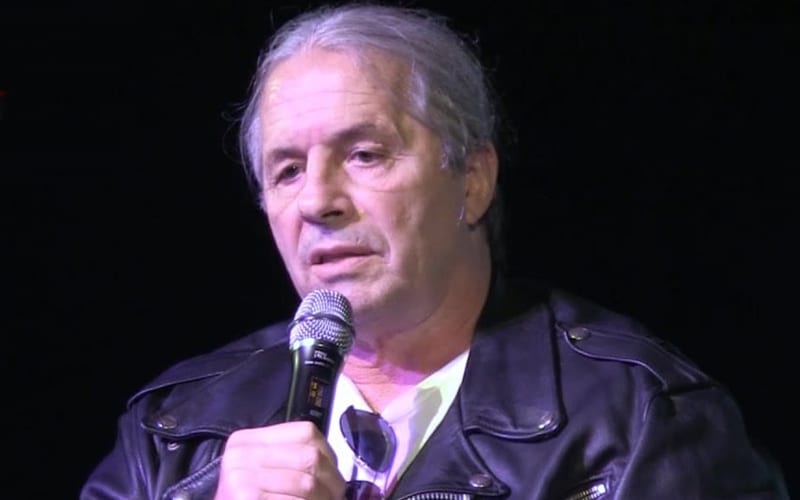 Bret Hart has a lot of stories to tell and now he will get the opportunity to let it all out. The Hitman has a new web series coming and he plans on doing some confessiong.

“Confessions Of The Hitman” is out and season 1 is only $35 for 35 episodes. This series will go into his childhood, his life after wrestling, and current events. Of course he also spends plenty of time talking about his career in the squared circle.

Hey everyone my new web series Confessions Of The Hitman season 1 is now available at http://brethart.com $35 Canadian for 35 episodes total with new episodes uploaded weekly. I talk about aspects of my childhood, career, life after wrestling, and current events

We’ll have to see if Hitman says anything earth shattering in this new series. He’s spoken on subjects that received considerable buzz plenty of times before. It also depends on what kind of mood he happens to be in at the time.