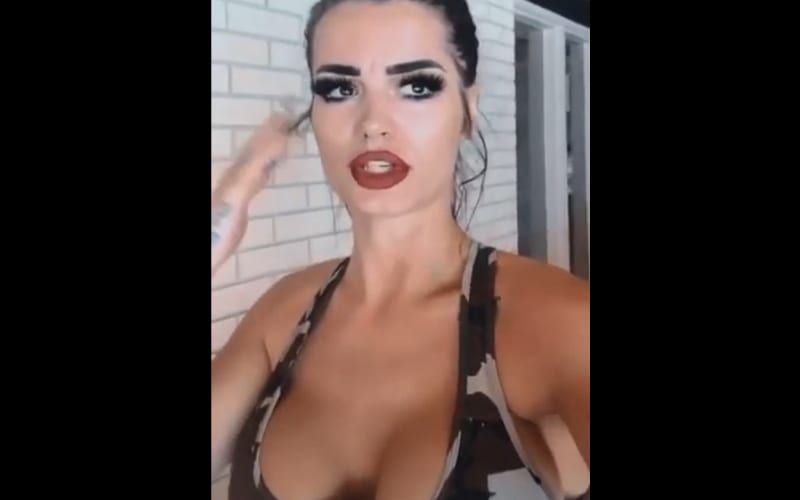 Saraya Knight and the entire Knight Family was called out as part of the #SpeakingOut movement. Paige has reacted to the allegations about her family.

Paige put her response out via an Instagram story. She claimed to have been off social media for weeks except for Twitch. She also thanked everyone who has her back during this difficult time.

She went on to say that we have no idea “how many hearts that my mum has truly touched in the wrestling world.” The outpouring of support apparently extends to her mother’s home as well. She said that people have left tons of flowers for her.

“I’ve not had my social media for the past couple of weeks. Obviously I told everyone on Twitch it’s very negative as of right now. I did wanna just say a big thank you to everyone that’s just supported my mum and my family. They have just had this outpour of positivity and I just can’t believe how much my family and my mum is loved. I just want to say a big thank you for all the support that you guys are giving to my mum especially.”

“You just don’t realize how many hearts that my mum has truly touched in the wrestling world and in just the real world. I just think that out of all this in general it’s bittersweet because my mum has had a sh*t ton of flowers outside her house it literally looks like a florist outside her home right now. She’s also had a bunch of people from all her training seminars and just friends in general and people that she’s really inspired and helped and encouraged just make a bunch of videos for her and put them on the internet.”

“People [are] taking over my Twitch saying I stand with Saraya Knight and I just think we’re just overwhelmed with how amazing you guys have been and there is some positivity going around right now and I think that’s wonderful. So again on behalf of my mum and my family we want to thank you so incredibly much and I’m gonna post a couple of the things to show you what people have been doing for her but thank you guys so much again. We’re smiling from ear to ear because my family just feel so loved.”

Paige didn’t go into the details of the accusations against her family, but she is getting a ton of support. Saraya Knight announced that she is leaving pro wrestling due to this ordeal.

It is important to note that Paige’s name didn’t come up once in any of the #SpeakingOut stories. The same can’t be said for other members of her family.

Thanks To Women’s PW for the quote