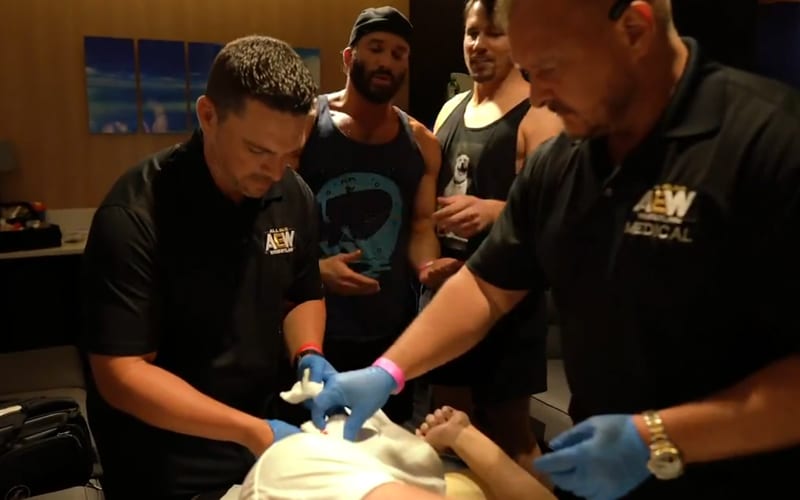 Orange Cassidy was busted open during the closing segment of Dynamite this week. His ear was bleeding badly and some people were concerned. Freshly Squeezed is going to be okay, but he needed stitches.

AEW uploaded a video of Orange Cassidy backstage after his brawl with Chris Jericho. Cassidy needed stitches and his Best Friends were around to help keep his spirits up.

Apparently, Orange’s right ear is his favorite one. This could spell trouble for Chris Jericho as it could give him even more motivation. Orange Cassidy’s character evolved already in AEW. We’ll have to see what they have in store for him next.

Jericho and Cassidy’s match will air during the second night of Fyer Fest on July 8th. Click here for a full line-up.

Keep checking back with Ringside News as we continue to provide constant coverage of this story and everything else going on in the pro wrestling world.