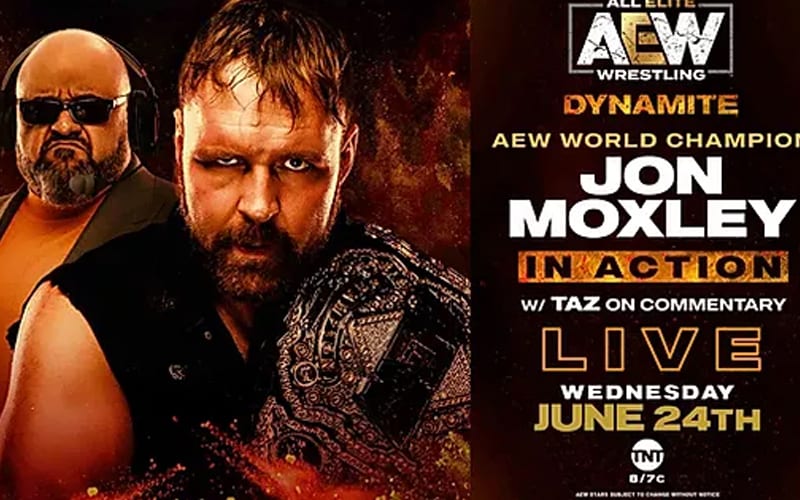 AEW Dynamite will take place in Daily’s Place once again this week. They have a loaded show prepared even if it needed to be switched around due to the loss of Sammy Guevara from the roster.

Both Jon Moxley and Hikaru Shida will be in action this week, but we don’t know who their opponents will be. Tonight’s show will also feature a lumberjack match between Luchasaurus and Wardlow that the company originally advertised for March, but COVID-19 changed those plans.

FTR will take on The Natural Nightmares in what should be a fantastic tag team exhibition. Orange Cassidy and Chris Jericho will also face-off before their match at Fyter Fest.

Brodie Lee and Colt Cabana will team up to face Joey Janela and Sonny Kiss.

Sammy Guevara is suspended after the #SpeakingOut movement uncovered offensive comments he made. Santana will wrestle in Guevara’s place and take on whichever version of Matt Hardy the fans vote for.