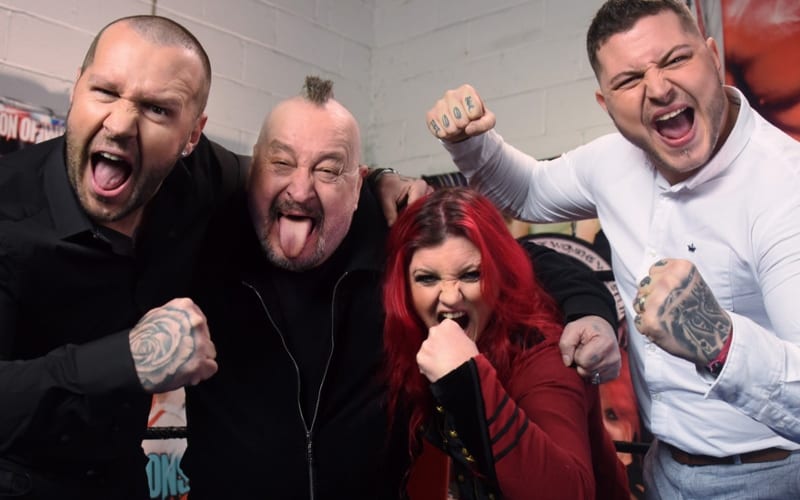 The #SpeakingOut movement has moved into another day and the names are still coming out. Now Paige’s family has been accused of abusive behavior.

The Knight Family own a pro wrestling company called World Association of Wrestling (which was a subject of Fighting With My Family). Several accusations of mistreatment along with mental, physical, and sexual abuse were leveled against the family and their wrestling school.

These allegations include female trainees being forced to get in the ring and “be aggressive” to the point where they were beaten. This was done to make an example out of them in front of everyone.

Another female trainee was said to have groped a male’s genitals as a joke. Another witness testimony alleged that a 14 year old student was asked to “sexualize” her appearance so she could get booked on shows. Page’s mom allegedly kissed a minor as well. It is also alleged that a member of the Knight family tried to convince trainees to participate in group sex with him. They declined his offer.

As part of these accusaations it is said that abuse of power was also a factor. One trainee said that their WWE tryout was pulled and another said she was blackballed from other companies.

A joint statement was issued to Belle To Belles from Hannah Holmes, Alice Smith, and Ayesha Raymond. A portion of their statement can be read below as it attests to witnessing abusive behavior at the pro wrestling school.

I have personally witnessed along with many others where female trainees were made to get in the ring (under instruction from head trainers within the family) to show their ‘aggression’, during this time they would be physically beaten (not worked) to be made an example out of in front of a room full of people.

Women have also been brutally beaten in the ring during matches on a professional show by a female trainer who when she ‘felt like it’ or was ‘having a bad day’ she would physically assault her opponent where it would no longer be a “work” and the girls would no longer be selling but would come out battered and bruised, crying and feeling helpless, there would be no explanation and were just left to feel like it was ‘part of becoming a wrestler’.

One of the head female trainers also deemed it necessary to grab and grope men’s genital region for a ‘laugh’ or again if she wanted to make an example of someone almost as a somewhat threat. All of this from abusing their position of power to making trainees feel helpless, scared and manipulated.

The Knight Family join a growing list of accusations as part of the #SpeakingOut movement. They are very influential figures in the British pro wrestling scene and to hear these stories is rather shocking.