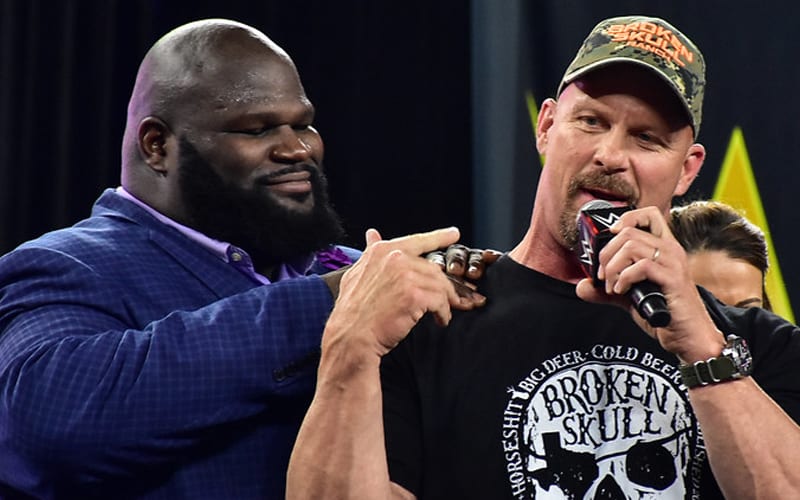 Mark Henry will be a guest on the next episode of Steve Austin’s Broken Skull Sessions. He revealed during Busted Open Radio that they tackled an old rumor about The Rattlesnake during his time on the show.

Ahmed Johnson likes to talk a lot. One thing he said in the past is that Steve Austin is a racist. Henry squashed that by calling Johnson a “piece of sh*t” who would lie about anything.

“There was a conversation had about Ahmed Johnson saying that Steve was a racist. We touched on that briefly. I was like, listen, Ahmed Johnson was a piece of sh*t. He would lie when the truth would fit, and anything that he said was to protect.”

Ahmed Johnson has largely left the pro wrestling business, and it’s probably not hard to see why now. He apparently didn’t leave the best impression, especially in the eyes of highly respected people like Mark Henry.

Steve Austin is a beer drinking Texas Rattlesnake who is quick to fire off a middle finger. He’s not a racist which is something Mark Henry wanted to make 100% clear.