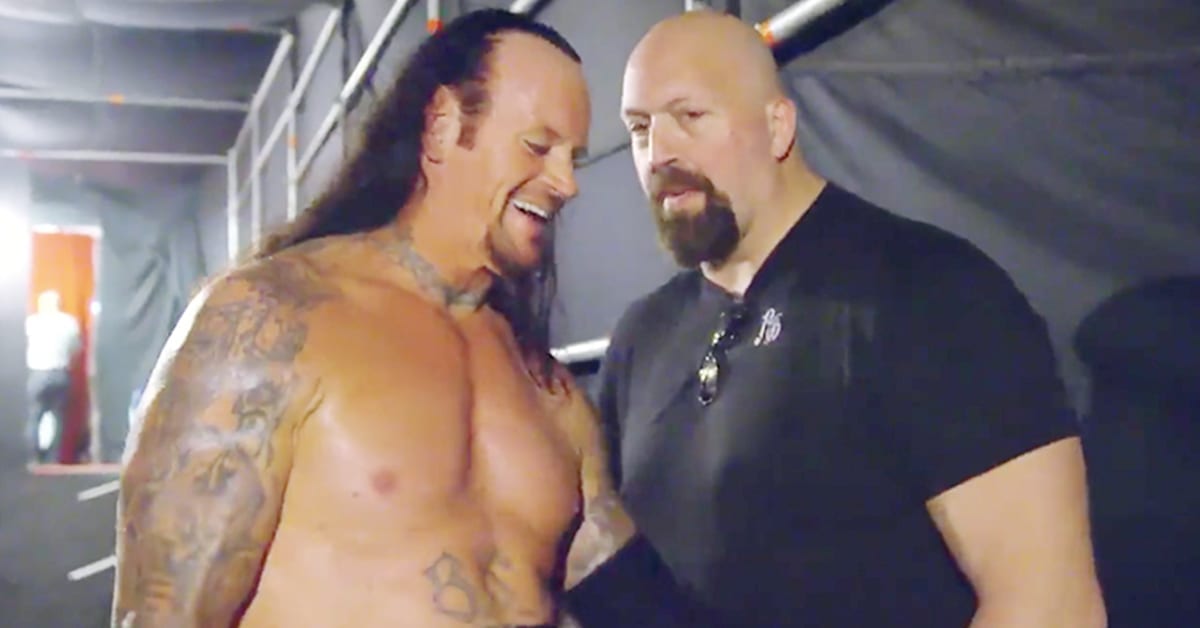 The Undertaker and Big Show have had some memorable moments together in WWE. Both men are two of the most recognizable WWE Superstars of all time and also two of the greatest Big Men in the history of the company.

On After The Bell podcast, The Undertaker talked about his relationship with the World’s Largest Athlete. The Phenom said that Show has grown as a performer and even more as a human being.

Taker recalled the time when Big Show came into the WWE from WCW and how he had a cocky attitude. This wasn’t appreciated by The Deadman and he decided that Show must understand it.

Taker tried to make Big Show understand how much of a gift his gigantic size was. However, it took Show a long time to realize this.

He has not only as a performer but as a human being. I love him to death. I really do, and I consider him one of my close friends now, but he came in riding off that big WCW hype train. So when he first came in, he thought he was the s–t and treated people like they were less than him, and I don’t tolerate that. He had to understand one, what he was. It was a gift, and the way he tried to work initially was just wrong because he had a gift. His size was his gift, and the fact that he was so athletic.

The Demon Of Death Valley said that Big Show devalued himself in the ring and in real life, he believed himself to be above other people and that didn’t help his case either. Undertaker revealed that he’d purposefully be mean to Show because he was trying to bring out the best out of him.

He devalued himself, and then on the human being aspect, it took a while for him to realize that because we are the talent doesn’t make us any better than whoever’s pulling the cables or whoever you know is setting up. There were a few instances where he treated some people pretty bad, and he got the crooked finger pointed at him quite a bit. I didn’t do it because I was trying to be mean to him. I was trying to help him reach his full potential not only as a performer but as a human being. Not that it was necessarily my role to but I knew there was a lot there, and I wanted him to excel on all levels.

What makes The Undertaker such an icon isn’t his in-ring career alone. His ability to lead an entire locker-room of big draws and get them to turn their lives around is a testament to the brilliance of Mark Calaway – the man.