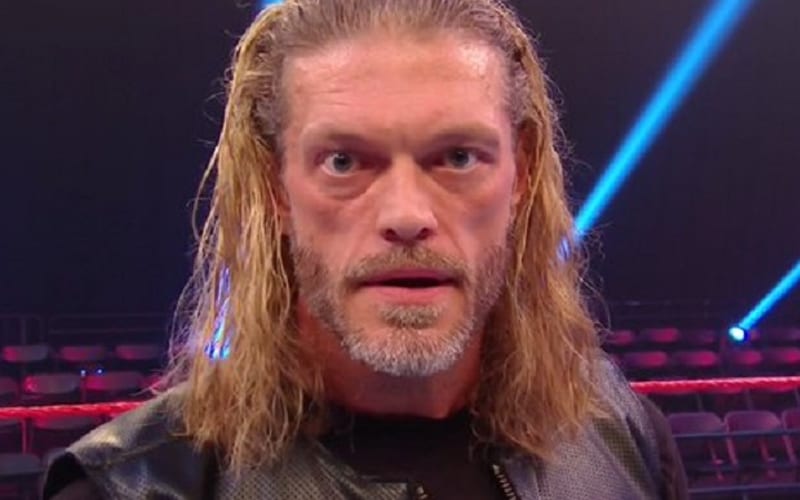 Today is a big day for Edge and some fans might not even realize it. The Rated R Superstar made his WWE debut 22 years ago today. Tonight he will address his future with the company.

Edge was injured while doing pick-up shots following the Greatest Wrestling Match Ever at Backlash. His torn triceps needed surgery and now he’s recovering. It could be some time before he is able to return.

He will address his status on WWE RAW this week. Edge made that announcement while reflecting on how he debuted 22 years ago this very day.

Christian might be stepping in to replace Edge in this feud, or at least an Extreme Rules match seems likely. We’ll have to see what’s to come, but Edge will be on WWE RAW this week to let us know what’s going on.