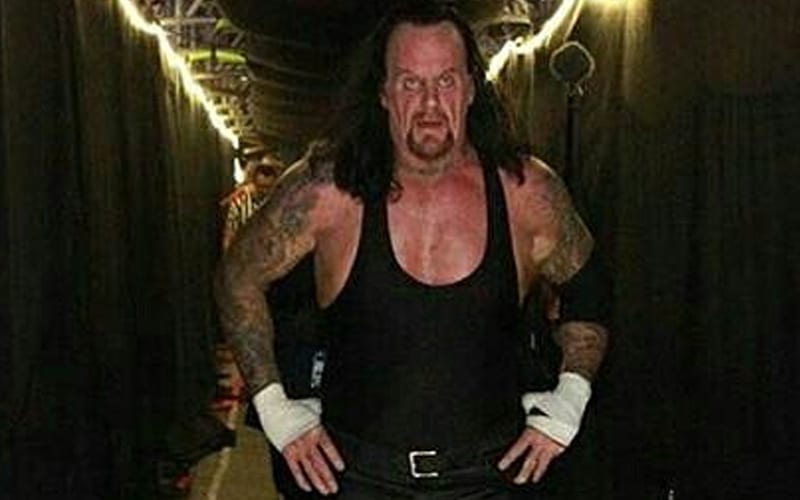 The final episode of the Last Ride docuseries saw The Undertaker make a big revelation. He’s okay with never wrestling again, but did he really retire?

The Deadman stated that he wants to be with his family and friends and be “in the moment with them.” He also made an analogy about it being a time when “the cowboy really rides away.” He never once said the word “retire.”

PW Insider noted that if anything, The Undertaker left the door open for a return. The Undertaker made a comment about “in emergency, break glass” if Vince McMahon needs his character again.

Mark Calaway also has new merchandise on the official WWE Shop. This is incredibly interesting. It might just be a nod to the man behind the legendary Undertaker persona, but it could also point toward another evolution in his career.

WWE stoked the fires of intrigue when they started #ThankYouTaker which seemingly confirmed he is done wrestling. They could have just been thanking The Undertaker for everything he’s done so far.