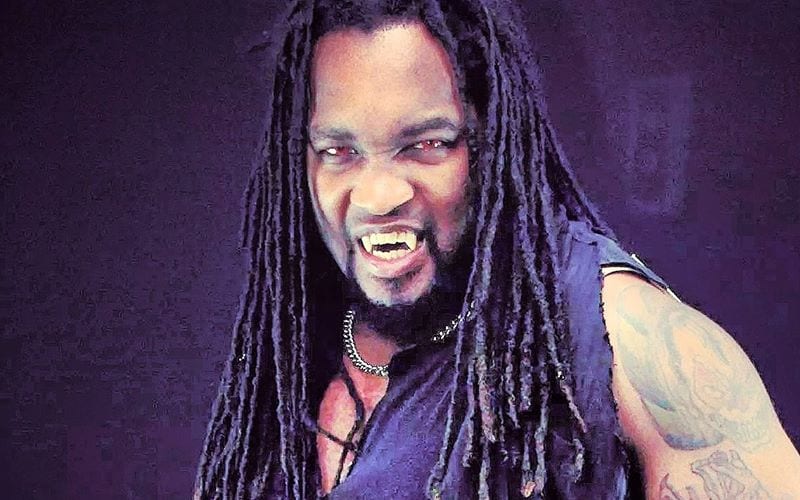 Another story has emerged as part of the #SpeakingOut movement. Kindred KyMari has now been called a pedophile by an accuser who recently came forward.

This anonymous female stated that Kindred KyMari allegedly started grooming her at 15 years old. This started when he was her wrestling teacher. Then things took a turn as the man who uses a vampire gimmick got real.

Long story short, I knew things were strange when he expressed to me that he believed he was really a vampire, and that he feeds off of people for energy. He even asked to drink my blood on several occasions to which I would say no, but we’d laugh it off and move on.

He allegedly did things like “try to rest his hands on my lap,” but she would just move his hand again. When she was 17, a horrific incident happened at an indie show after she agreed to follow him to his car.

He pinned me against the car and kissed me, shoved his hand down my pants and proceeded to molest me… after he was finished he offered me tequila… I felt disgusted and dirty, like I wasn’t worth anything… I could not believe this happened to me.

She claims that he stalked her after that incident. He would get himself booked on the same shows as her and “other workers would joke about how he had a valet that resembled me.” She didn’t find that funny at all.

He also sent her nude photos of himself and asked her brother if he could go out with her when she turned 18. Eventually, she started turning down bookings if he was on the same show and she would ask if he was on any show before she agreed to take the gig.

This story is one of many that have come out as part of the #SpeakingOut movement. Hopefully, change and a much safer pro wrestling culture will be the result.