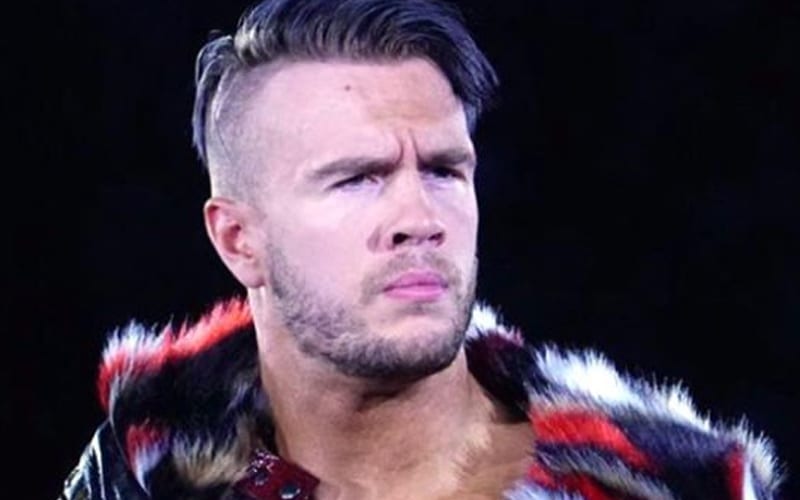 #SpeakingOut is still getting a lot of attention which will hopefully be the case until there are no more stories to reveal. Now Will Ospreay is answering back to accusations that he blackballed a female wrestler after she went public about a sexual assault that his friend allegedly committed.

Pollyanna, a British wrestler was allegedly sexually assaulted by Scott Wainwright. Ospreay and Wainwright are friends. On November 17th, 2017 Ospreay tweeted out a passive message about blaming people for things they didn’t do. It was later deleted, but the tweet read: “Think it’s disgusting that people can use social media to accuse people of sexual assault. More than a handful of people know the real you. Trying to use your position to isolate and assault someone is pathetic.”

Ospreay’s support of Wainwright was put on blast and Pollyanna accused him of having a hand in her being blackballed from British wrestling because she came forward.

The Aerial Assassin then tweeted out to make sure that people know why he deleted that tweet three years ago. He also doubled down on his claim that he had nothing to do with blackballing Pollyanna.

Here is a statement regarding my deleted tweet from 3 years ago.

More importantly my apology to Pollyanna.

If there is anything more I can do please reach out & keep Speaking Out.

Please know I have committed any crime & I am one of the good guys, I’m just severely uneducated.

Pollyanna didn’t believe Ospreay at all. She went on to allege in a response to Ospreay’s denial that his girlfriend Bea Priestley has also targeted her.

You are not sorry. You did blacklist me. When I first messaged your friend’s Mrs, you then told everyone I had lied about us sleeping together. I know, I have sources from so many different people telling me Bea would be saying awful things about me in a locker room.

We will have to see how this situation turns out. It is nothing new as they have argued about this publicly off and on for the last three years.