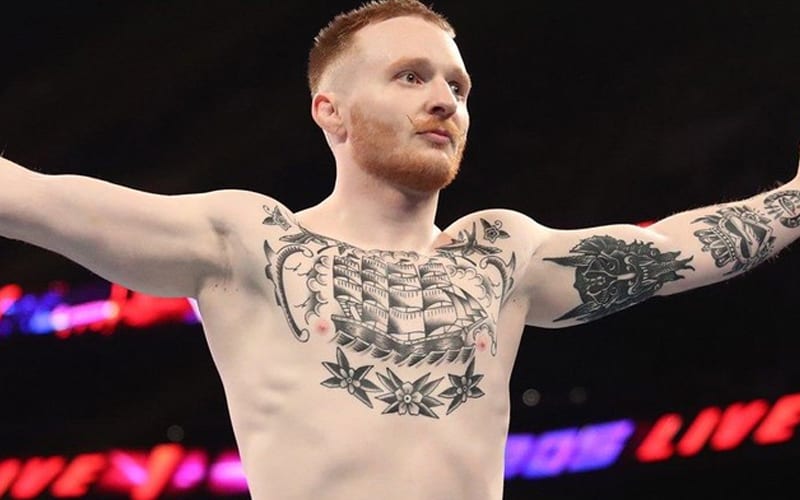 The #SpeakingOut Movement is including another WWE Superstar as Gentleman Jack Gallagher now has a story about him.

A woman named Becky has now come forward with a story about Gentleman Jack Gallagher. She alleges that the WWE Superstar got her drunk on New Years Eve in 2014. After he poured straight spirits into her glass, he allegedly made unwanted advances and wouldn’t take no for an answer.

“Jack asked me to sit on his lap, I said. He then sat on my lap, and made advances. The entire time I expressed that I was uncomfortable, but I also didn’t want to make a scene.”

She claims to have resisted his advances, but when she tried to push him off, he grabbed onto her. This caused him to hang onto her skirt and rip it. She left the party after that.

At this time, we have not heard any public response from Gentleman Jack Gallagher concerning this allegation.

Gallagher is next in a growing list of pro wrestling figures who have been called out for sexual assault or other misconduct. Other names include Jordan Devlin, Ligero, Dave Lagana, Joe Coffey, Jim Cornette and his wife Stacey.