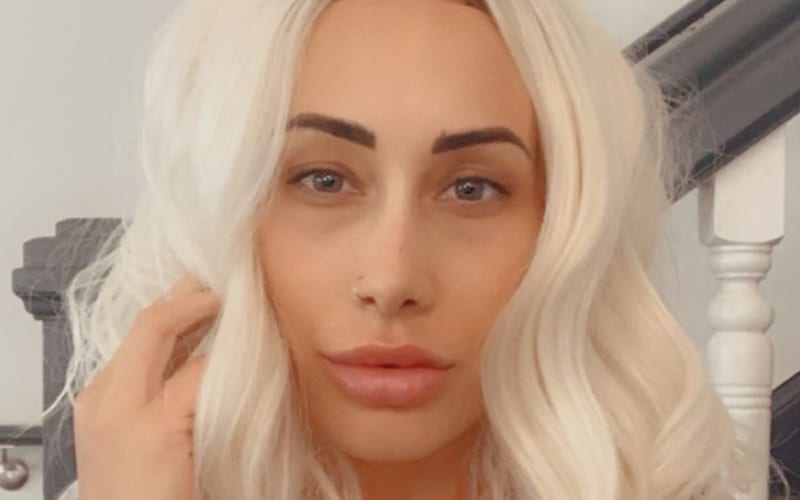 Carmella usually rocks long hair, but she recently tried out something new. Now she’s asking fans what they think.

The Princess Of Staten Island updated her Instagram story to reveal a new look. She had much shorter hair, but you can never tell if it’s a wig or not. After all, Paige recently cause a lot of attention by dropping some blonde photos.

Carmella provided her fans with two options to vote. “Issa look” or “WTF are you doing?” That seemed to cover the gambit of responses she could receive.

As of this writing, 72% of the votes went for “Issa look” and 28% asked “WTF are you doing?” She might just decide to keep this look going if the fans have their way.

It’s been a while since Carmella was involved in an angle on WWE television. She is still waiting in the wings. The next time fans see the former SmackDown Women’s Champion she might have a new look.