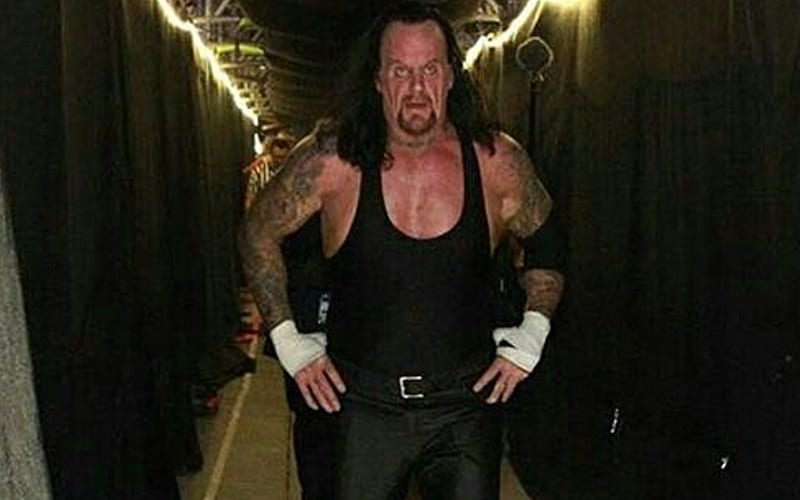 The Undertaker is a locker room leader for a reason. He went out to the squared circle every night and gave his all. The Deadman expected the same from his peers.

While speaking with After The Bell, The Undertaker told a story about a time when he had to give the entire locker room a talking to. They were in Australia and had just played a $1 million gate for a non-televised event. In Taker’s opinion the roster took it light in the ring and didn’t give it their all. He let them know about it.

“The matches were flat, they stunk, nobody put in any effort and at the end of the night I asked Fit Finlay if I could bring everybody in a room to say something,” Taker said. “I gathered everybody up in a room and I went off, I lost my sh*t.

“I said ‘We just went out there and stunk it up in front of a million dollar plus house, what do you think these people are going to do the next time we come here? They aren’t going to pay to see sh*t!'”

The WWE locker room doesn’t have The Undertaker around anymore. He does show up from time to time, but he’s certainly not giving speeches on overseas tours.

Taker was a leader in WWE for a reason as he paid close attention to the roster. He watched every match and The Deadman didn’t like what he saw that night in Australia.