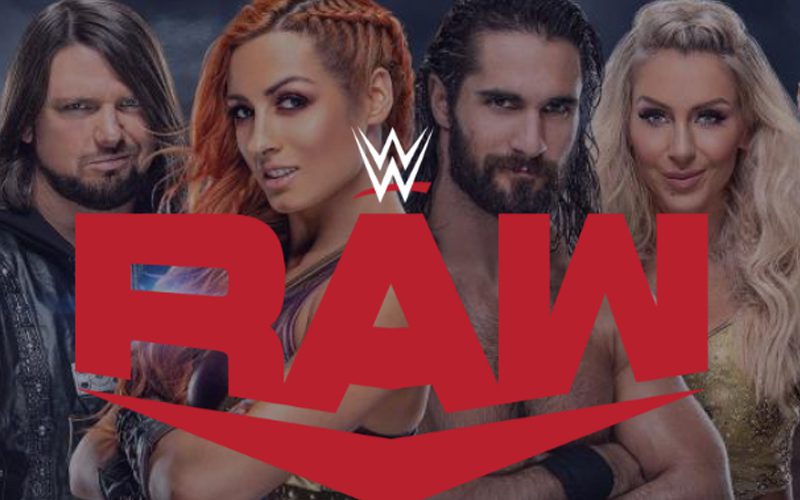 Becky Lynch had to take time off from WWE. It’s likely that The Man will be The Mom by the next time we see her. That means WWE needed to fill her spot on the roster and on promotional materials. She wasn’t the only Superstar who got switched around.

WWE’s official website has graphics for their television shows that display top Superstars behind the program’s logo. Lynch was previously front and center in this graphic, but now she is missing. Two other Superstars have also been removed.

Ricochet and AJ Styles were also taken off of the RAW graphic. Styles was moved to SmackDown, but Ricochet is still on the red brand. Ricochet’s removal from this prime real estate might not be the best sign for him.

It appears that Drew McIntyre and Asuka have been inserted to replace Becky Lynch and AJ Styles. Angel Garza is also now on the graphic instead of Ricochet. WWE obviously has plans to continue pushing Garza.

They rearranged everyone to put Seth Rollins and Drew McIntyre in the middle as well.

A lot of fans wondered how long it would take for Drew McIntyre to make it on this graphic. Asuka’s placement also makes perfect sense because she is now the top woman on RAW.

It is interesting that Ricochet was removed entirely and seemingly replaced by Angel Garza. We’ll have to see what this means for the One And Only.

In case you were wondering, Roman Reign is still front and center of WWE’s official SmackDown graphic.