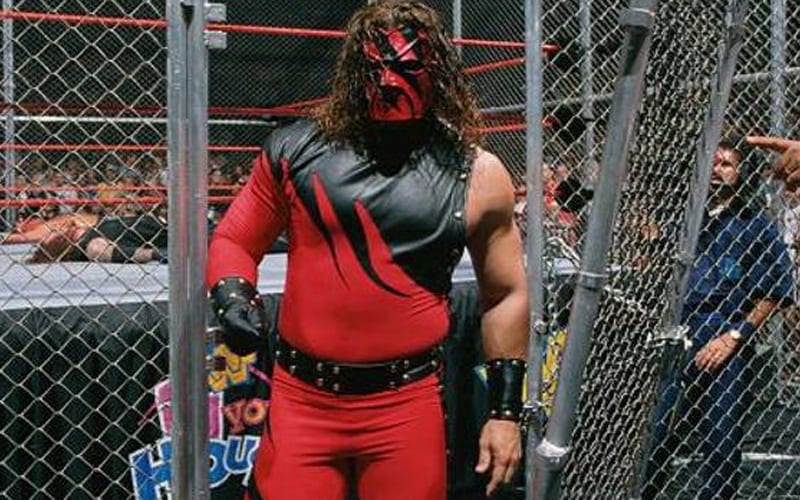 Kane is now Mayor of Knox County, Tennessee and a shoo-in for the WWE Hall Of Fame. We have to wonder how his career would have gone if Vince McMahon hadn’t changed his mind on the Big Red Machine’s name.

During a recent interview with Sports Illustrated, Kane revealed that Vince McMahon wanted to name him “Inferno.” That name sounded “cartoonish” to Kane, and thankfully, it was eventually changed.

“Undertaker needed an opponent for an upcoming pay per view. I was working in USWA at the time for Jerry Lawler, and I can’t remember if it was Bruce Prichard or Jim Cornette who called me, but I was told to stand by. I got another call later that week and I was told Vince really liked this idea and it wasn’t going to be a one-off, that it’s was going to be a storyline. From there, we were off to the races. The original name of the character was Inferno. I didn’t like that very much. I though it sounded cartoonish.”

“Bruce Prichard always liked the name Kane, and I liked it, too. It played off Cain and Abel in the Bible, the good brother and the bad brother, and we pitched that. The name got changed, we finally figured out the outfit, and then I had my debut at the [Badd Blood] pay per view. I was really excited. I felt I wasn’t going to be successful in my other characters, but this was one where, if I couldn’t be successful as Kane working against The Undertaker, then that was on me. This was my big break, the one everyone dreams about.”

Bruce Prichard liked the name Kane so much that he named his son Kane. Prichard’s son Kane actually appeared during Money In The Bank in a janitor role.

It is hard imagine how things would have been if Vince McMahon stuck to his guns and named Kane “Inferno.” He comes from the fires of hell so that makes sense, but in the end, they made the right call by changing things up.