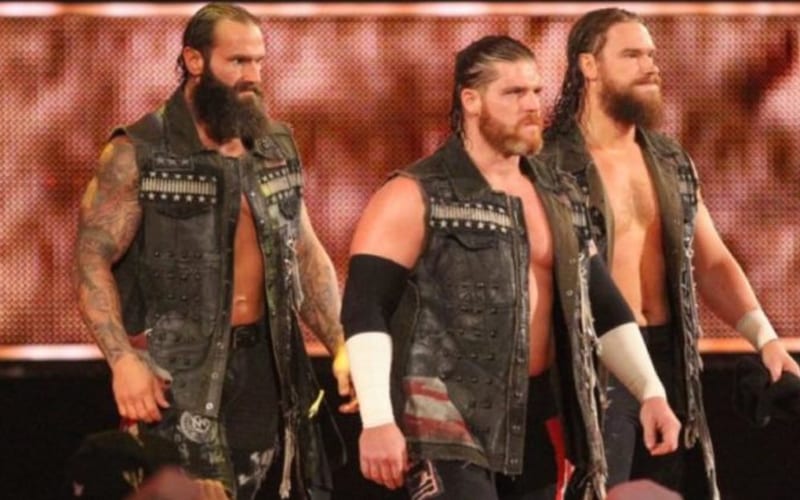 Jaxson Ryker caused a lot of controversy when he tweeted out his support for Donald Trump as the U.S. President was calling the Armed Forces in to break up Black Lives Matter protests. The backstage heat on Ryker caused WWE to pull the Forgotten Sons’ push in the company. What about Wesley Blake and Steve Cutler?

Fightful reports that WWE originally slated the Forgotten Sons for a program against The New Day. That’s not happening now. The team wasn’t called in to film vignettes this week either so they’re not showing up for at least two more weeks.

It was also reported that there is no heat on Wesley Blake or Steve Cutler. They are simply catching the “backlash from Ryker’s tweets.” Some in the company also feel bad that Cutler and Blake are in this situation.

Most we’ve talked to on the roster feel bad that Blake and Cutler are being lumped in with Ryker after the time they put in NXT to get called up.

It’s interesting to note that Jaxson Ryker hasn’t wrestled in an actual match since the Forgotten Sons’ main roster call-up. He’s gotten physical, but has yet to actually compete in a match.

Jaxson Ryker will have to wait even longer to get another opportunity to wrestle on the WWE main roster. We will keep a close eye this on-going situation right here at Ringside News.