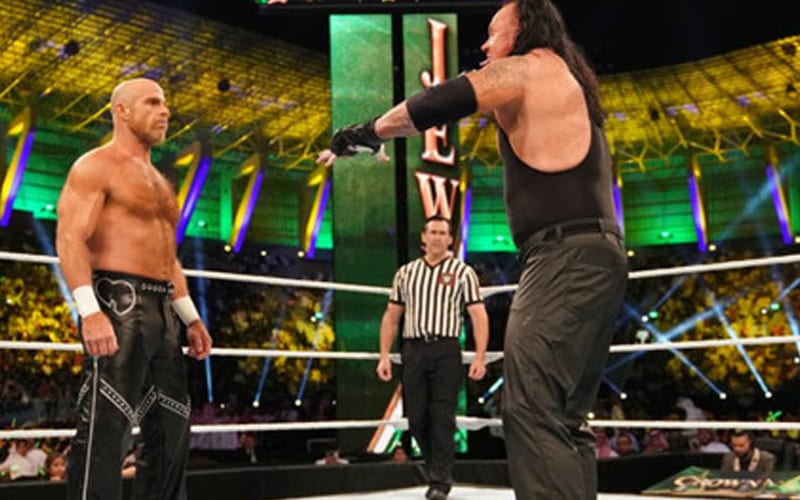 The Undertaker is very likely heading toward the final match of his career. The Last Ride docuseries revealed just how close The Undertaker was to hanging up his hat and boots for real.

Shawn Michaels had no idea how close The Undertaker really was to retiring. This was an eye-opening revelation when he watched the Last Ride series.

While speaking to Inside The Ropes, Shawn Michaels revealed that The Undertaker spoke to him a year after he retired. Michaels was preparing for a WWE Hall Of Fame induction, and Taker told him that he made the right choice.

“The year after we had my last match, we were sitting at baggage claim and we’re waiting on our bags where I’m going to get inducted into the Hall of Fame, and he looked at me and said, ‘You made the right choice. Perfect time to go out,'”

“Fast forward to the tag match, I had no idea that in his mind, had it gone well, that he would have possibly been able to retire on that. I assumed that he was more looking towards that WrestleMania moment. I just looked at that match as another tag match. I looked at that just as a chance to go out there with my buddies and have some fun, and not take anything too seriously. I didn’t know that was a situation, where had it gone well, it might have made it easier for him to walk away… I assumed in his mind it needed to be the same way, and it needed to be a WrestleMania moment.”

It appears that The Undertaker could ride again, but there is no way of telling how many matches he has left. There is a speculation that the Last Ride docuseries will reveal that he has already wrestled his final match. It’s also very likely that he will have at least one more match. Hopefully, it is one worthy of calling his last.