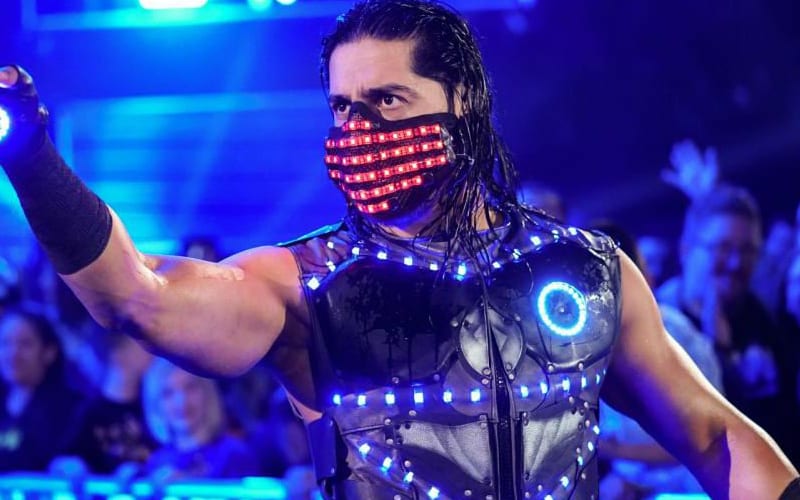 Mustafa Ali is a former Chicago police officer who certainly understands the issues that are widespread within that institution. He spoke openly about this in the past. The WWE Superstars recently took the time to share even more of his insight on the subject and the Black Lives Matter movement.

Ali spoke on social media about the police system. He said it is not built to help people, but to hunt them. He also expressed his desire to help educate people with his position as a WWE Superstar.

“WWE’s primary purpose is to entertain, but I believe, given this huge platform we have, our responsibility is to also educate,”

Mustafa Ali then opened up about how his very name in WWE is a form of protest for him. He stated that society likes to live in “this little box,” but not everyone can fit inside that little box. His goal is to change the minds and hearts of those who have prejudice and hate more than anything else.

“The way I’m using my presence as a WWE Superstar to help combat bigotry is my mere presence on screen, with the name Mustafa Ali as a form of protest. We as a society like to live in this little box where we try to fit everyone inside this box. If you’re a Black person, you’re a thug. If you’re Middle Eastern, you’re a terrorist. They want to put us inside this box, [but I am] just refusing to live inside that box and be outside that box, refusing to conform in any way. Making them uncomfortable with that is my way of protest, my way of combating bigotry. And I’ll proudly continue to do it.”

Mustafa Ali hasn’t appeared on television in a while. That won’t change his stance and mission to open the eyes of as many people as he can.