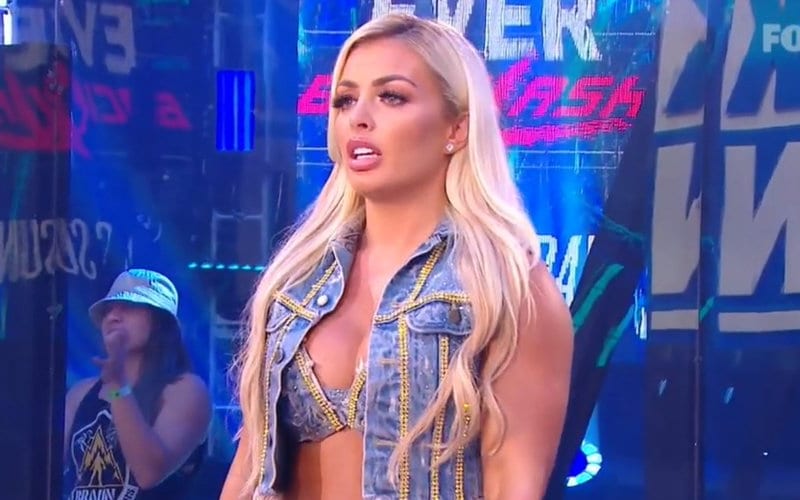 WWE lost a few top Superstars to the bright lights of Hollywood. The Rock, John Cena, and Batista could have company soon enough. Mandy Rose plans on making the jump to acting eventually as well.

Comic Book Movie recently spook to the Golden Goddess. She has always had aspirations to become an actor.

Right now WWE is taking up a considerable amount of time. She is also busy with a lot of things outside of WWE, but she’s not giving up the hopes that she will someday branch out into acting.

I’ve always had those kind of aspirations, but right now I’m very busy with so many different things outside of WWE. I’m building a brand, and I want to build a global brand with different products, so there’s always room for more, and you never know what the future brings. Movies and television are things I’d definitely look into in the future, for sure.

Mandy Rose could have the look that would cause casting agents to jump over the table in order to heave scripts at her. WWE need to be leery of her dreams of acting because they very well could lose her.

Do you think Mandy Rose could have a successful career in acting? Sound off in the comments below!