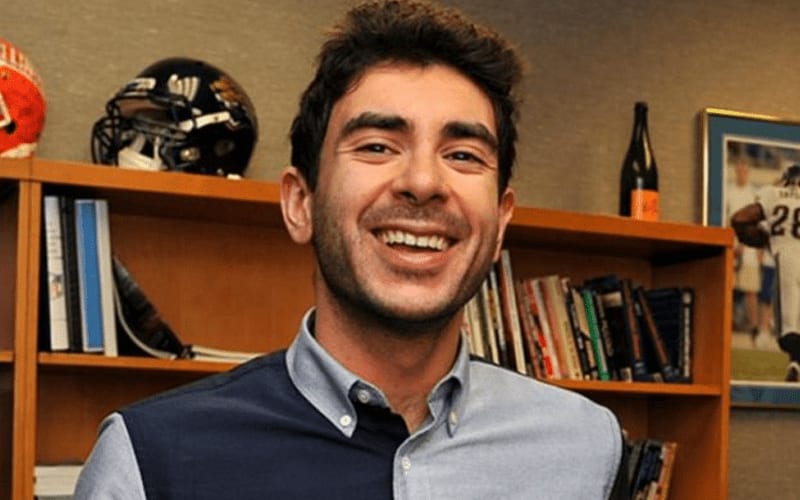 Jim Ross recently compared Tony Khan to Vince McMahon by saying that TK is a White Claw guy. According to Joey Janela, Tony Khan lives up to that title.

Joey Janela recently opened up about Tony Khan on the Doughboys podcast. The Bad Boy apparently got Tony Khan to try White Claw and he is a big fan. Now whenever they go out Tony is always prepared with a duffel bag full of the popular alcoholic seltzer water.

Janela continued to say that “the unofficial drink of AEW is White Claw.” There is no shortage of White Claw drinks at an AEW afterparty, but you’ll be hard-pressed to find a beer.

“You’ll rarely see beer at the after party. You’ll have to bring the beer yourself if you want to drink beer or else you’re drinking Claw.”

There is apparently always a party going on with White Claw around, but Tony Khan also never forgets the Whoppers from Burger King.

“We go back to the hotel and [Tony] throws a party. This happens every week. Eventually, after an hour or two, he’ll order about 100 Whopper sandwiches for no reason.”

Tony Khan is also quick to order way too much food. He sounds like the perfect host who knows what his guests want. “It’s always an excessive amount of food with him. There will be like 18 people partying and he’ll order 300 tacos.”