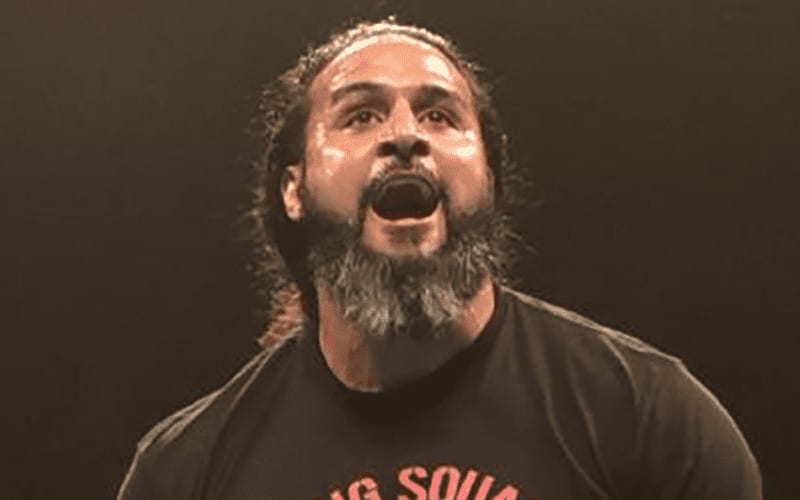 Tama Tonga is a wrestler that WWE hasn’t been able to secure to a contract just yet, but it’s not for lack of trying. They actually got him to verbally agree to a come in a few years ago.

During Tama Tonga’s ‘Tama’s Island’ podcast, he had Luke Gallows and Karl Anderson on the show. In the course of their conversation, Tonga revealed that he met with Triple H in 2016 and verbally agreed to join WWE. Then he told NJPW about it which caused them to bring in Tanga Loa. That greatly changed the situation for Tama Tonga.

“So we did Wrestle Kingdom and then we came back from January to the end of February. It was the last tour. I got called for a meeting with Triple H out at the Performance Center out there in Orlando. So in February, first week of February, I went to a meeting with Triple H and they wanted me and I was like, ‘Alright, cool’ and I think the way I got there was because of Giant Bernard. Giant Bernard, A-Train [Matt Bloom] is the coach out there so he got me in and I agreed. I said, ‘Okay, I’m going.’ I gave them the verbal agreement that I was leaving, that I would come join WWE.”

“So, I didn’t wanna break it to New Japan until I got to New Japan for our last tour like, ‘Hey, I’m leaving’ and so when I came back for that last tour, I was doing it with Chad [Karl Anderson], Gallows and Shinsuke. We came for that last tour and I went to the office and I was like — I called Tiger Hattori and I said, ‘Hey, this is going to be my last tour. After this tour, I’m done. This is my last one,’ and I just hear, ‘What? What!?’ And he was just so lost for words and we hung up the phone and ten minutes later, the President of New Japan called me. ‘Hey, can you come to the office tomorrow? We’d like to…’ And I was like, ‘Alright,’ and I went into the office but they didn’t know I had already confirmed with WWE, and so I went into the office, and they threw out some deals.”

“They gave me a whole bunch of deals and I was like, ‘I’m sorry’ and they were great f*cking deals. I said, ‘I’m sorry, I’m sorry. I’m leaving. I’m gone,’ and I was like, ‘I’m sorry. I already gave them my word. I’m leaving,’ and so I left the office, we continued the tour… and then the following day, we went and did this match… and I don’t know if this is appropriate, but Fale was staying. Fale told them, ‘I think if you bring his brother, he’ll stay.’ So, when we went to the arena for our match, Hattori called me. He goes, ‘Hey man, we’ll bring your brother’ and I was like, ‘What!?’ And I had been trying to bring my brother in so we could tag team for the past two years and it was always, ‘No, no, no’ and rightfully so because there’s no room for him, and then they called me into their office the following day. I came in, ‘We’ll bring your brother’ and they laid out a deal for me. I said alright.”

“So then I had to call back WWE, and the first one I had to tell and let them know was A-Train and I was like, ‘Hey man, I’m sorry, but they just made me a deal I can’t refuse. I’m sorry,’ and I could tell it hurt him because I love A-Train. I wanted to go work with him. I’ve worked with him before and he took care of me, and then after I hung up with him, I wrote an email to whoever their recruiter guy is and I said, ‘Hey, I’m sorry… thank you very much for the opportunity,’ and then, that was it. End of story and my brother came in and he and I started our run.”

We’ll never know what WWE would have done with Tama Tonga if he would have entered the picture in 2016. That was a very interesting time in WWE history and he could have played a big role in the company that continued to this day.

Tama Tonga seems very happy with the decision he made to stay with New Japan Pro Wrestling. It just goes to show you can never say never in pro wrestling.