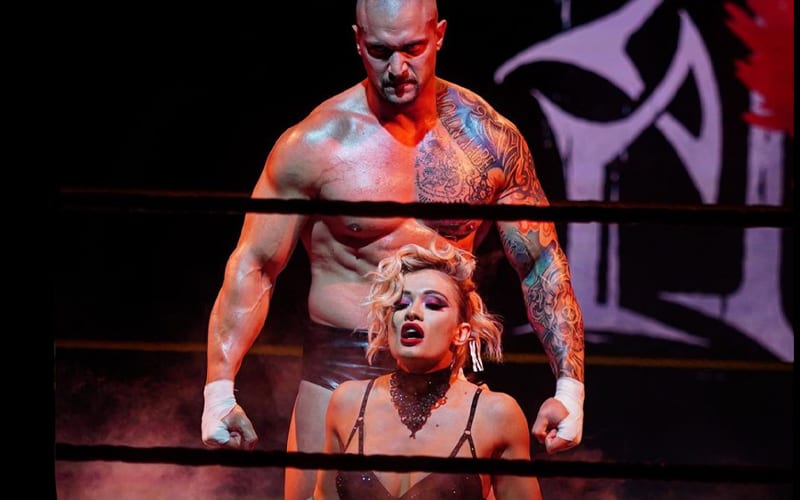 Scarlett captured a lot of attention when she started leading Karrion Kross to the ring in WWE NXT. She also made quite an impression in the pro wrestling world prior to her debut on the black and gold brand as well.

While speaking to Sports Illustrated, Karrion Kross was asked about his real-life girlfriend Scarlett. He praised her work, bilingual abilities, and how her presence can be felt through the television set. In the end, he described her as an Angel Of Death, but that is a good thing.

“She is completely unique. She’s bilingual. She can sing. She can beat people up. Her presence is definitely something you can feel through the television.”

“Definitely. We have a synergy where we’re essentially one. I would describe her as the angel of death. She’s going to be the very first thing you’re going to see before everything comes to an end.”

Kross also took some time to explain how his current WWE character is an evolution of the Killer Kross persona.

Karrion Kross has a lot of big goals for himself in WWE’s developmental brand. Odds are he won’t stay there long if Vince McMahon takes a look at him and gets an idea in his head.