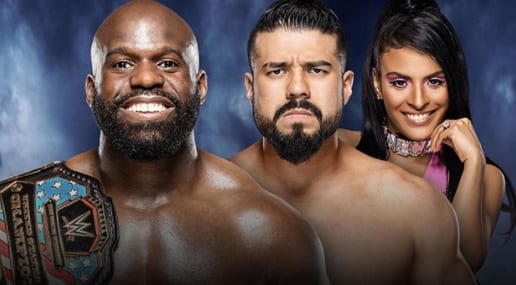 As seen on Sky Bet, the betting odds for Apollo vs Andrade at WWE Backlash have been released.

While it may not have always been the most respected title in WWE, you can tell that the United States Championship is going to be respected and appreciated with Apollo being the holder.

Of course, this Sunday, that could all change as Andrade attempts to cut his fellow former NXT star’s reign short.

In terms of the odds, Apollo is currently priced as the 1/5 favorite whereas Andrade is the distant 10/3 underdog.

Many fans believe that Andrade is destined for bigger things on the main roster, but either way, the expectation will still be that he puts on a great showing with Apollo at the Performance Center.

If they want to make Apollo feel like a legitimate champion, having him retain the belt here would be a good place to start.