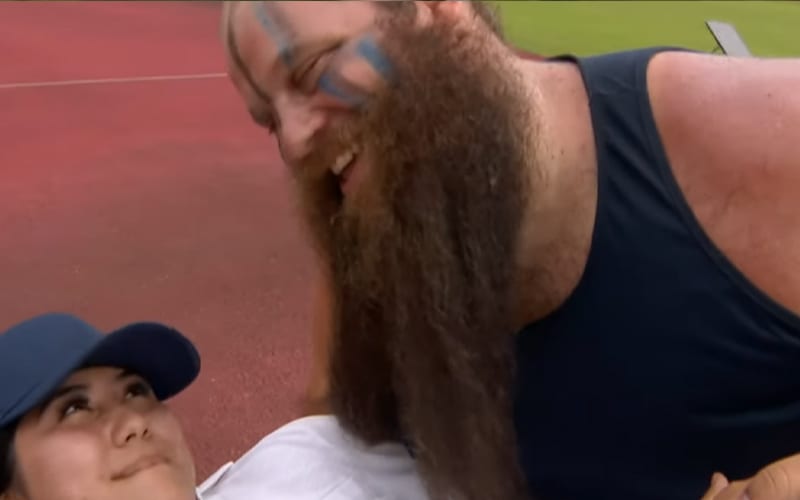 WWE RAW included a decathlon segment between the Street Profits and the Vikings Raiders this week. They ended the games in a tie which could result in a match at Backlash. During the segment this week, an ongoing rib on Ivar apparently came to light once again.

During Wrestling Observer Radio, Dave Meltzer mentioned how bigger ladies seem to love Ivar. He said that this seems to be an on-going rib because it’s not the first time that Ivar has been approached by a women in this way.

“The male judges liked the Street Profits and the female judge — of course it’s always, always a heavier woman who likes Ivar. So it’s like their little rib, you know. She said ‘I think you’re cute’ and she looks at Erik and says, ‘You not so much.’ I mean they’ve done it in every skit so I guess it’s kinda cool, but it’s always like gotta be someone overweight like ha ha ha, you know?

He later noted: “It may have just been somebody’s idea ‘oh heavy girls like him because he’s fat,’ I don’t know.”

On a side note, that “heavier” female that Dave Meltzer was talking about is Catalina. She appeared without a mask last night, but that is the same girl who worked alongside Sin Cara for a couple of weeks in May of last year. She’s a pro wrestler and works very hard at it as well. She also had plenty of experience prior to WWE. Apparently, this could have been meant as a rib on Ivar.