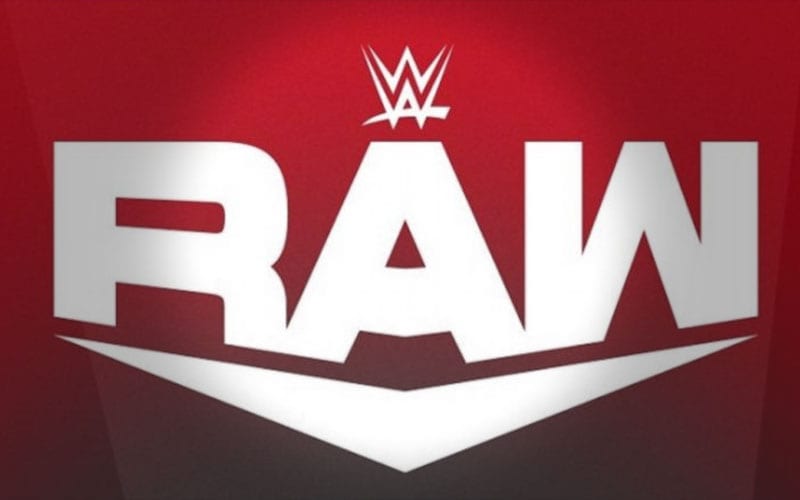 Welcome to Ringside News’ lives results coverage for WWE RAW on June 8th, 2020.
Tonight’s RAW is the final such show before WWE Backlash on Sunday. And to serve as the final push for the “greatest wrestling match ever”, Edge will appear on a special edition of The Peep Show. It’s been a long time since we’ve had an episode of The Peep Show, and who knows what Christian will have in store for his best friend.
That isn’t the only talk-show happening tonight however, as we can also expect the V.I.P Lounge with MVP and his guest, Bobby Lashley. This Sunday, Lashley will face Drew McIntyre for the WWE Championship, so expect some fireworks from the Scottish Psycopath and the Almighty.
Elsewhere tonight, The Viking Raiders and the Street Profits will face each other in a decathalon, Rey Mysterio will appear to clarify if he plans to retire, Sasha Banks and Bayley appear as new Women’s Tag Team Champions, and former NXT Women’s Champion Charlotte Flair battles Asuka once more.
And that’s the preview for tonight’s RAW. You can follow along on the Ringside News app, and join us on Twitter and Instagram. Enjoy the show!

WWE RAW opens with the RAW Women’s Champion, Asuka, coming to the ring.

Asuka is expecting her opponent, Charlotte, but instead Sasha Banks and Bayley come to the ring. Asuka tells them this is her ring and she wants to fight. Sasha tells her to back-up but out comes Charlotte. Flair tells Bayley and Banks to make the most of the spotlight before they lose the belts again. Flair tells them to move on because everyone wants to see her and Asuka fight.
The IIconics come out and say the real match people want to see is the Women’s Tag Team Championship match at Backlash. Charlotte says that no matter how many titles Banks and Bayley have, they’ll always be garbage. The Champs hit Flair, and The IIconics attack Asuka. Flair and Asuka clear the ring.
*Commercial Break*

Charlotte Flair & Asuka Vs. Sasha Banks & Bayley Vs. The IIconics

The match starts with Banks and Peyton after a lot of yelling and shoving. Royce with a headlock. Sasha slams her, dodges a kick, and they hit stereo dropkicks. They shove each other, then knock Asuka and Flair off the apron. Bayley tags in and drops a knee on Royce.
Kay tags in but Bayley routs her until Flair tags in and chops the Champion down. Flair misses a splash and gets attacked, then forced to the corner where Banks tags in. Flair drops both women but Asuka tags herself in and takes out both Sasha and Peyton with a bulldog.
*Commercial Break*
The IIconics are in charge as we return but Flair tags herself in and tosses Peyton. Flair beats on Kay until Asuka tags herself in, then Flair tags herself in again and chops Kay in the corner. Charlotte heads up top but Asuka tags in and applies the Asuka Lock, forcing Kay to tap.

Charlotte and Asuka will still have their scheduled match tonight. Flair drops Asuka after the match, then lifts the RAW Women’s Championship.

We see a replay of Seth Rollins’ retirement ceremony for Rey Mysterio last week. Rey will give an injury update after the break. Seth Rollins comes out and joins the commentary team so that he can talk to Rey.
*Commercial Break*
Rey is live from his home and he says his eye is healing but there’s no time frame for him competing. But he has a warning for Seth: he’s not going to wait to hit the 619 at the end of the match, he’s going to hit it right away. He’s going to kick Seth’s ass.
Seth says Rey doesn’t understand. He could have walked away a legend. So he’s inviting him to RAW next week, along with Dominik. So that he can see he walk away and realise his injury was for the greater good. Rey says Seth is only inviting him because he can’t compete. Seth begins to disagree but Aleister Black appears out of nowhere and dives on Seth as we take a break.
*Commercial Break*

Austin and Humberto start proceedings. Carrillo hits an arm-drag but Theory comes back with a rolling dropkick. Both make tags and both hit a flurry of strikes.
Black hits a springboard moonsault and looks for Black Mass but Theory distracts him and gets knocked to the floor. Carrillo hits a rocket suicide dive into the barricade, then Black drops Murphy with a switch knee for the win.

Rey Mysterio’s music hits but Seth comes out wearing his mask. The distraction allows Murphy and Theory to attack Black and Carrillo. ATL from Theory takes out Carrillo, then Murphy knees Black. Seth directs a beating and hits a Stomp himself.

Charly Caruso interviews Randy Orton backstage and she asks how does he prepare for a match with such high expectations. Orton says the only thing he’s interested in is if Edge will be the only guest on The Peep Show. She says he will be and Orotn says he’ll be there too.
*Commercial Break*