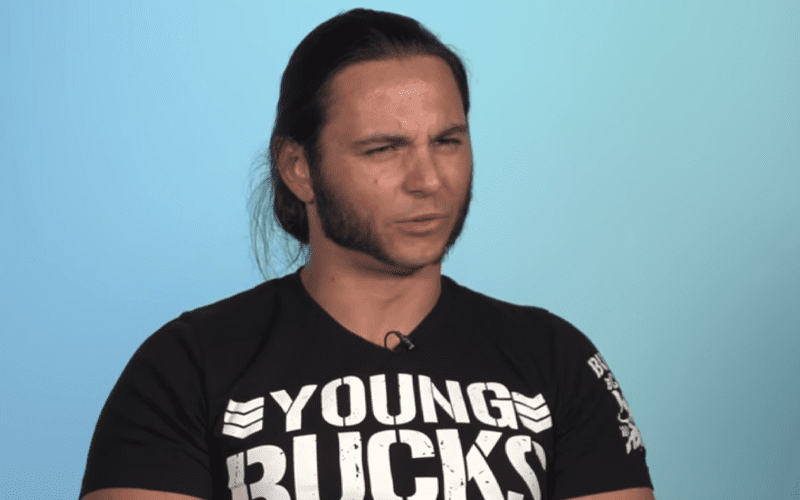 AEW didn’t see the Young Bucks on Dynamite for months. COVID-19 kept them stuck in California. Then Matt Jackson injured himself during his first spot back as he hit a crossbody block off a barricade inside TIAA Field.

During Being The Elite this week, Matt Jackson provided an injury update. His rib isn’t broken which is good news. His wife previously stated that it was broken while giving him props for being so tough.

Matt Jackson stated that his rib is bruised instead of broken. That is much better news because the recovery time won’t be nearly as long.

Matt Jackson injured his rib, and “rib” is an inside pro wrestling term for pranking someone backstage. They had some fun with the two usages of the word “rib,” but Matt Jackson confirmed that he did actually injure himself.